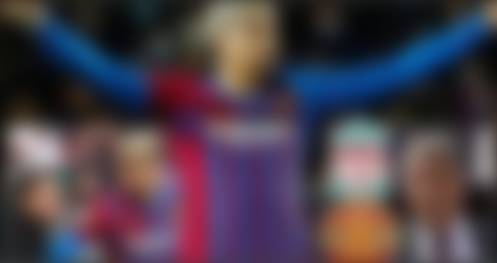 FC Barcelona defender Ronald Araujo is set to turn down the offers of Liverpool and Manchester United after confirming that he will have talks for renewal at Barcelona this week.

According to reports, Chelsea and Liverpool had showed their interest in the Uruguayan center back, whose current contract at the Nou Camp expires in the summer of 2023.

Despite signing Harry Maguire for a record breaking fee for a defender, Manchester United have struggled in the defensive are of their game. Thus, they have also been monitoring the 23 year old defender, as he is no doubt one of the best young defenders in the world.

However, Araujo seems to not be phased by the big clubs trying to sign him on high wage bills. In fact, he wants to stay at Barcelona for many years to come.

“I am very happy to be here and happy with the support of the club,” Araujo said.

“We are working on the renewal. This week we have a meeting. I hope it will be resolved soon so that I can continue many years at this club. I am optimistic.”

According to Sport, Barcelona offered Ronaldo Araujo a contract which was rejected by him, as the defender thought that he deserved a better offer. The report also added the two parties remain far apart in terms of their demands.

However, in recent developments, Araujo has agreed on a new deal with FC Barcelona in the past few hours. This was announced on Twitter by credible journalist Fabrizio Romano. “Ronald Araujo will sign his new contract with Barcelona very soon as today talks were more than positive,” he wrote on Twitter. “In the final meeting only length of the contract will be discussed – it’s likely gonna be until June 2026.

In total, Ronald Araujo has made 73 appearances across all competitions for the Catalan side, 34 of which have come during the current season. The defender has scored four important goals in 23 games in LaLiga this season.