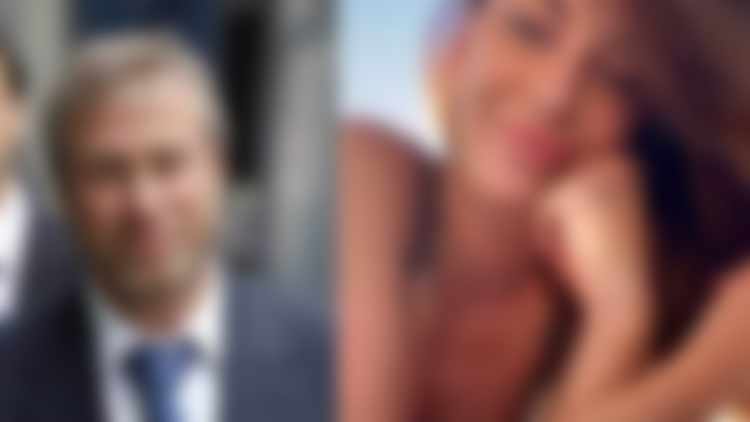 Roman Abramovich, the owner of Chelsea Football Club, is rumored to be dating a lovely businesswoman and TV personality, whose family is reported to be Ukrainian.

As a result of his uncomfortably close relationships with Russian President Vladimir Putin, Abramovich has been forced to sell Chelsea Football Club.

While his friendship with Putin was well-known, it only became a source of contention after Russia invaded Ukraine and felt compelled to massacre innocent citizens.

Despite the fact that there is no evidence that Abramovich supports Putin’s invasion of Ukraine, the tycoon has never publicly opposed the Russian leader’s conduct.

You’d think that he’d be pushed to do so behind the scenes, given that his “girlfriend” has family links to Ukraine, according to The Sun.

The media outlet reports Roman Abramovich seeing Ukrainian celebrity – Alexandra Korendyuk. Korendyuk’s surname has been linked to a Ukrainian background, according to sources.

Roman Abramovich is said to be covertly seeing Alexandra Korendyuk, 25-years-old, a stunning TV personality who most recently participated in the Russian show ‘You’re All P***ing Me Off.’

The rumors of Roman Abramovich seeing the Ukrainian celebrity were spread out by Bozhena Rynska, a well-known Russian gossip writer.

Abramovich’s third wife, Dasha Zhukova, with whom he was married from 2008 until 2018, was supposed to marry him, according to the same writer.

Rynska is alleged to have stated: “Roman Abramovich’s new girlfriend is very interesting.

‘At the beginning of the year, rumors started that the oligarch’s heart had been won over by Alexandra Korendyuk.

‘There is very little information about the girl, but it is said that she is the founder of a company in the music industry.’

According to The Sun newspaper in the United Kingdom, a source said: ‘It’s ironic Abramovich has been linked with a lady with a Ukrainian background just as he’s been sanctioned because of the war and his links to Putin.

‘It is easy to see what he would see in her and this is apparently a relationship that has been going on for up to a year.’

As per various reports, Roman Abramovich’s secret girlfriend is Alexandra Korendyuk, a businesswoman and TV personality who has family from Ukraine.

Is reported that Ms.Korendyuk is 25 years old and she is about 30 years younger than the sanctioned Russian tycoon.

Alexandra Korendyuk is said to be the creator of the Institute of Music Initiatives, which aims to help young artists launch their careers in the music industry.

The Ukrainian celebrity also tried her luck as an actress over the years, as reported by Bozhena Rynska. Korendyuk portrayed a hostess in two episodes of a Moscow-based series throughout her acting career.

Reports in Russia also suggest that Ms. Korendyuk lived a private lifestyle which is why there is very little information available, yet.

Alexandra Korendyuk Instagram remains to be undisclosed. There is very little information available on her, and she does not appear to have any public social media accounts.

If Abramovich has lines of contact with the Russian President, you’d think he’d press him to utilize them to stop the invasion.

Unfortunately, it appears that the deranged Russian President will stop at nothing to bring Ukraine to its knees — even if he is confronted with staunch opposition from the courageous locals.