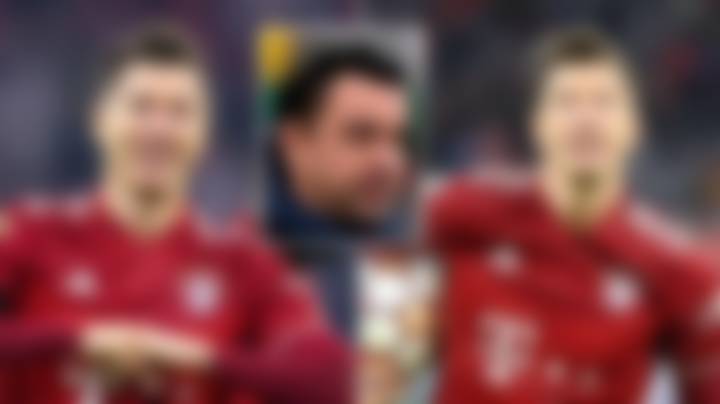 The Robert Lewandowski Saga- FC Barcelona’s La Liga title hopes are all over for this season as Xavi Hernandez’s side are 15 points behind their rivals Real Madrid. Lionel Messi’s absence has been a major issue for them and they are missing an X factor which was needed. Barcelona is trying to sort it out next season by signing Bayern Munich’s Robert Lewandowski as the iconic Polish striker is their number one target this summer. The 33-year-old is entering the last phase of his career and his contract talks at Bayern are currently on hold.

His current contract is expiring in the summer of 2023, and he will be free to negotiate deals with other clubs from 1st January, next year. Barca is desperate for his signature and wants to spend a good sum of money to bring him to the Nou Camp. Not only that, Barca is expected to offer the ‘Lionel Messi role’ to Lewandowski at their club. Currently, there are many doubts and questions about Lewandowski’s next possible move.

Can The Calatan Giants Convince Robert Lewandowski To Come To The Nou Camp?

Bayern is expectedly leading the title race in Germany once again and is clear 12 points at the top of the table. But they have recently faced a shock elimination in the UEFA Champions League Quarter-finals, after losing against Villareal despite Robert Lewandowski’s goal in the second leg. This is the seventh successive season for the Poland striker where he has touched the 40 goal landmark, and it was his 47th goal in this campaign. Reportedly he has told Bayern that he doesn’t want to extend his contract with the Bundesliga giants and at this point of his career, Robert Lewandowski is looking for a new challenge.

TVP Sport claims that Barcelona is ahead to sign Lewandowski, however, there are many other clubs who will be desperate to sign him as well. Chelsea is a club who are also struggling with their number 9 slot as Romelu Lukaku has not lived up to the expectations after signing back with the current Champions League winners for a record transfer fee.

Thomas Tuchel will also try to bolster his attack by signing a proven goalscorer in Robert Lewandowski. He has surely another 2 to 3 years of top-level football left in him which can sort out goal-scoring problems for the Blues. Bayern CEO Oliver Kahn has hinted that things are currently not sorted with Lewandowski’s contract talks at Bayern as he thinks that it will require some time for coming to a decision.

“Currently we are in contact with him, we are talking, we want him to stay for as long as possible,” Kahn explained. He added, “It is not a game. We have to consider our economic conditions. The top players sometimes think about trying other things and it takes a while to convince them.” Asked if Lewandowski is not happy at Bayern, Kahn added: “Tell me if there’s a player who is not happy and has scored 30 to 40 goals a season.”