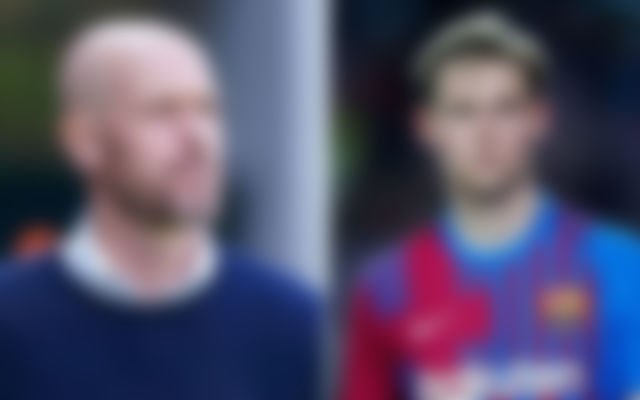 According to SPORT, Manchester United is getting closer to signing Barcelona stalwart Frenkie de Jong as the two clubs are in the advanced stages of discussions over a possible transfer fee of €80 million. Frenkie de Jong is a key member of Barcelona’s midfield.

Since his transfer in 2019 from AFC Ajax to Barcelona in a deal worth 86 million euros, De Jong has been playing for Barcelona. Even though he has been a consistent presence in Barcelona’s midfield, he has not reached the levels of success that were anticipated for him. Because of this, the Catalan giants are now in a position where they can seriously explore the possibility of selling the 25-year-old for a substantial amount of money.

This summer, Manchester United has been at the forefront of the competition to acquire de Jong’s services. Erik ten Hag was just hired as the new manager of the Red Devils, and the Dutchman is eager to reunite with Frenkie de Jong, whom he mentored at Ajax. Since quite some time ago, the two teams have been deep in discussion with one another over a potential move.

There has previously been an offer made by Manchester United for Frenkie de Jong, but it was rejected by Barcelona because it did not satisfy their requirements. It has been stated that the giants of the Premier League have made a new and better offer for the Netherlands international player in the amount of €65 million. Nevertheless, this amount falls short of Barcelona’s estimation of the value of their treasured possession.

According to SPORT, however, negotiations have reportedly proceeded constructively, and progress has been achieved. As a result, an agreement is now moving closer and closer to being finalized. According to the source, the transfer operation will probably be valued at somewhere around €80 million, which is significantly closer to what the Blaugrana were demanding this summer for de Jong’s services.

Before any action is taken, they have to ensure that the former Ajax star approves the proposed transaction. The fact that Manchester United will not participate in the Champions League for the next season was a source of concern for de Jong in the past. However, he has now softened his attitude on the matter and is now willing to consider making the move to Old Trafford.

Because of the progress that has been made in negotiations between Manchester United and Barcelona, the Red Devils are now optimistic that the deal will be finalized before the 30th of June. Because Manchester United lost Paul Pogba during the summer, they are in dire need of a quality midfield operator.

According to another part of the story, Manchester United has already begun negotiations with de Jong’s representatives on the finalization of the contract specifics for a five-year agreement. After dominating headlines for more than a month, the move seems to be in its final stages and might become a reality very soon. The current state of affairs indicates that this is the case.