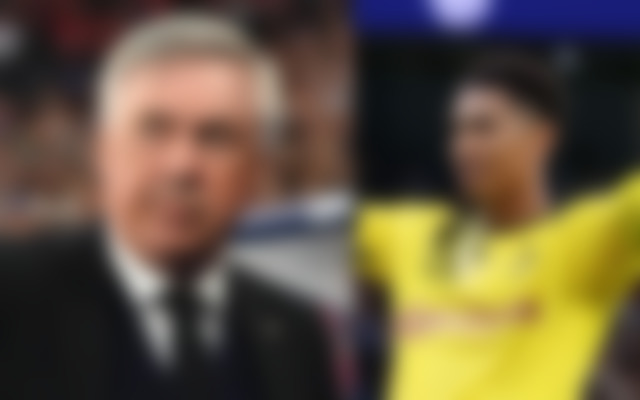 If Real Madrid is unable to sign Jude Bellingham this next summer, they will allegedly go for 27-year-old Lazio midfielder Sergej Milinkovic-Savic

The Spanish outlet Fichajes claims that Real Madrid is interested in signing Serbia international Sergej Milinkovic-Savic. Should Los Blancos be unable to sign top target Jude Bellingham, they will turn their attention to the 27-year-old Lazio midfielder.

In the time since his transfer to Lazio from KRC Genk in August 2015, Sergej Milinkovic-Savic has become one of the league’s top midfielders. The Serbian international has thrived over the last seven years, becoming an integral part of the Italian club’s success.

The 27-year-old has contributed to Lazio’s success this season with five goals and seven assists in 20 games. In addition, the Serb is now in Qatar to compete in the 2022 FIFA World Cup with his national side. Meanwhile, Real Madrid has taken note of his accomplishments and is reportedly interested in signing him.

In the next months, Real Madrid will outline the strategy to replace Luka Modric and Toni Kroos. And that means bringing in two new midfielders in the coming years to help cover the vacuum left by the ageing combo. This means that Real Madrid’s primary summer 2023 recruiting priority will be Jude Bellingham.

However, current rumours suggest that Liverpool may have the upper hand in negotiations for the English international’s services. If Bellingham does not come to Santiago Bernabeu next summer, Real Madrid will need a plan B. Thus, Milinkovic-Savic is a player that the current La Liga winners may realistically pursue.

After a stellar run in Serie A, the 27-year-old may be eager to try his luck in a different league. Of course, Milinkovic-Savic isn’t Real Madrid’s sole backup option if anything happens to Bellingham. Los Blancos have everyone on their radar, including Enzo Fernandez and Youri Tielemans.

Bellingham remains Real Madrid’s top midfield target. Possible replacements for the English international next summer are Milinkovic-Savic, Fernandez, and Tielemans. Whoever lands at the Bernabeu to strengthen Real Madrid’s midfield will be a welcome addition.