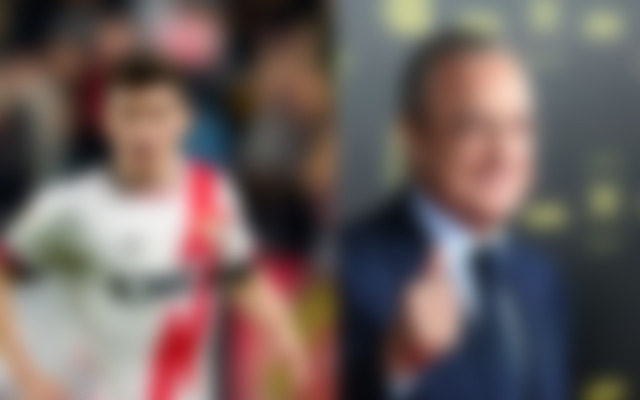 It has been reported by the Spanish media site Fichajes that Real Madrid is interested in signing Fran Garcia. The current La Liga winners are interested in re-signing the Spanish left-back when he is 23 years old in the summer of 2023.

After beginning his career as a kid at Bolanos, Fran Garcia spent most of his formative years at Real Madrid. The teenage fullback showed promise at La Fabrica, but he was unable to get into Real Madrid’s first team. The fact that Marcelo and Ferland Mendy were the starting left-backs should not have come as a surprise.

The 23-year-old’s first taste of major league play came two years ago, when he went on loan to Rayo Vallecano. The 2020/21 season was a successful one for the Spanish left-back, therefore he made the move to Los Franjirrojos for good. Since then, Garcia’s career has skyrocketed, and he’s now widely regarded as one of La Liga’s top fullbacks.

The player has had a successful 2022/23 season thus far, contributing two assists in thirteen league games. Even more remarkably, Garcia’s heroics have not gone unnoticed, with Real Madrid allegedly considering re-signing him in the summer transfer window of 2023.

Following Marcelo’s departure from the Santiago Bernabeu this past summer, Carlo Ancelotti has just Ferland Mendy to choose from as a left-back. David Alaba, an Austrian international, has played on the left side of the defence for Real Madrid, although he is more comfortable in the centre. Accordingly, Ancelotti may want a left-back for Real Madrid in the next offseason.

Thus, Real Madrid may seriously contemplate re-signing Fran Garcia, whom they discussed doing during the summer. The Spanish left defender, who is now 23 years old, is available at a reasonable price for Los Blancos. His contract includes a buyout provision that allows Real Madrid to re-sign him for €5 million.

See also  “Significant Competition With Los Blancos In The Summer”, Liverpool Set To Beat Real Madrid For The Signing Of €109M Rated Star

Since he has shown interest in returning to the Bernabeu, re-signing the 23-year-old may be a simple matter. But whether or not Real Madrid will make an offer to Rayo Vallecano in the next summer transfer window remains to be seen. The current La Liga winners are thinking about re-signing the Spanish left-back for the next season.