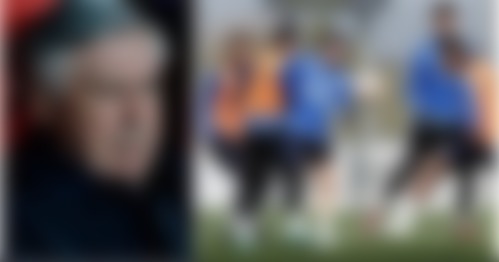 Real Madrid is the undisputed king of the UEFA Champions League. The 13-time winners of the biggest European honour are the aristocrats of this competition, with their seats at the head of the table always safe from the pretenders who aspire for the throne. Time and again they have shown the continent what it takes to be an all-conquering force on the continent, winning the title with alarming consistency after a drought for that elusive 10th Champions League title.

Once the Decima was captured, they went on a dynastic run once again, winning 3 on the bounce, and walking themselves into the history books once again. However, number 13 has proved to be a little unlucky for the Spaniards, as the side has endured a drought which is coming up to 4 years now.

The Los Blancos now once again find themselves in familiar settings, after making the semifinals and setting themselves a date with Manchester City. The Pep Guardiola side has been a juggernaut and is considered to be the favourite to go to Paris along with fellow English side Liverpool. Real Madrid will be wary of the threat City possess and know that they will have to be at their best if they have to overhaul them across two legs.

The Latest Update Given Ahead Of The Champions League Clash

But they have a few injury problems of their own ahead of this Champions League clash, with some of their key players being classed as major fitness doubts for the first leg against City at home in the Bernabeu, especially after two key players were withdrawn due to injury in their last league game against Osasuna. Manager Carlo Ancelotti, in his press conference, was speaking about the players who would be available for the City game and shed light on the fitness of certain players.

While he started off with some positive news after saying that Ferland Mendy has been training with the squad and will be available for selection for the Champions League match. He further added that David Alaba and Claudio Casemiro are injury doubts ahead of the game. While Alaba scored the opening goal in the victory, he was withdrawn later on in the game due to a suspected hamstring injury.

Casemiro, on the other hand, has been missing from action ever since the 3-2 second-leg defeat against Chelsea. Both are key members of the squad, and while they have been named in the squad to face the English side, whether they will be starting or not will have to be seen. in other / defender Eder Miltao will be returning from suspension and will be available for selection.

So while there are a few key injury concerns in the side, there is more than enough quality in the side to put in a good showing against City. Let the games begin.