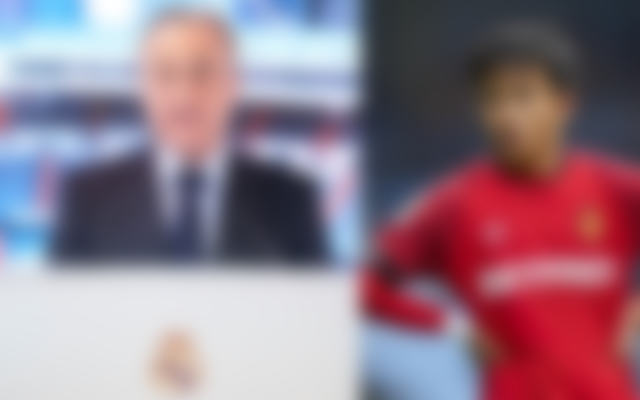 According to reports, the current holders of the La Liga title, Real Madrid, have rejected the first offer made by Real Sociedad for the 21-year-old Japanese prodigy Takefusa Kubo

After Real Madrid turned down Real Sociedad’s first offer for the services of Takefusa Kubo, the Spanish news site Defensa Central reported that Real Sociedad would need to increase their offer to get Kubo’s services. However, it is still quite probable that the Basque club will acquire 21-year-old talent during the summer transfer window.

Takefusa Kubo’s arrival at Real Madrid was met with a great deal of anticipation and enthusiasm because Los Blancos had won the race to get his signature ahead of their fierce rivals Barcelona. Kubo was a trainee at La Masia in the past, but he was forced to leave Barcelona because he broke several restrictions set by FIFA. However, when the Japanese youngster signed with Real Madrid, it seemed as if they had found a long-term answer to their attacking woes in him.

Kubo has been sent out on four separate loan stints by the Merengues, which means that he has not yet established himself as a regular member of the first-team system at the Santiago Bernabeu. The loan spells that Kubo has completed at RCD Mallorca have been the most fruitful for him. His other loan stints at Villarreal and Getafe have not been as productive. After spending the previous campaign at RCD Mallorca, the 21-year-old player has returned to Real Madrid.

Kubo will likely not be included in Carlo Ancelotti’s Real Madrid squad for the 2022–2023 season, even though the Spanish giants have high regard for the player. Real Madrid currently has all three non-EU roster spots filled. Vinicius Jr. and Rodrygo Goes will both soon have their Spanish passports, but Kubo won’t be able to get it until Vinicius Jr. and Rodrygo Goes do. And Real Sociedad could be able to give him a loan stint away from Real Madrid for the sixth time.

What is in store in Kubo’s future?

The Basque heavyweights have made two attempts to recruit Kubo on loan, but the 21-year-old talent has chosen to sign with another La Liga club instead. As Real Sociedad looks to reinforce their striking unit during the summer transfer window, they will be hoping for the third time to be the charm as they pursue potential new players.

Because Mikel Oyarzabal is dealing with a chronic ailment, it is unlikely that he will be able to participate in any games during the first half of the 2022/23 season. While all is going on, Adnan Januzaj has left the Reale Arena, and Portu is no longer in San Sebastian. Real Sociedad has therefore been interested in Kubo as a potential transfer target. However, their first attempt to acquire the Real Madrid attacker was rejected.

Kubo is expected to go to the Basque club during the summer transfer window. Real Madrid will hunt for a higher offer from La Real, but it seems probable that Kubo will move to the club. Although previous rumours suggested that Real Madrid may be interested in selling the 21-year-old player permanently, it seems that the young Japanese talent will be moving on from the club on another loan.