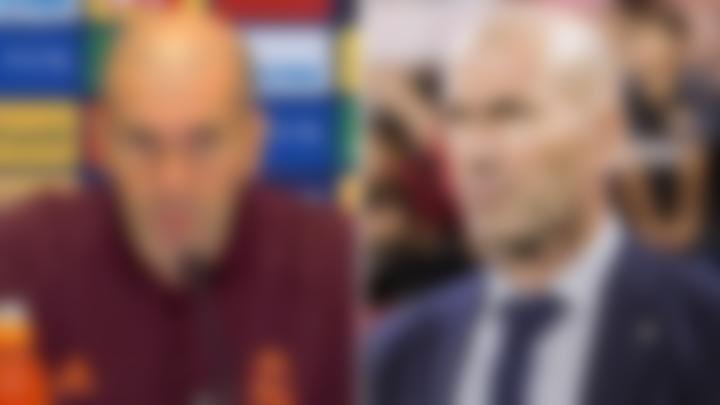 According to multiple reports, Zinedine Zidane is set to quit Real Madrid with immediate effect. This was his second stint at the club.

The 48 year old French legend was appointed to Real Madrid first in 2016. He was one of the most successful managers during his reign. He led the club to three consecutive Champions League titles. Alongside his three consecutive Champions League trophies, Zidane’s first spell at Madrid also saw him capture a La Liga title, a Spanish Super Cup, two UEFA Super Cups and two FIFA Club World Cups.

After a very successful stint, Zidane resigned as head coach in 2018. In 2019, Zidane came back to manage Real Madrid for a second time after they were having a poor season. Zidane also saw success in his second spell in charge as he led Madrid to the La Liga title and the Spanish Super Cup in 2020.

Now, the transfer expert Fabrizio Romano reports that the Los Blancos boss has decided to leave the Spanish club after the club had a poor season. Los Blancos could not manage to win any silverware this season.

In an interview to a Spanish media outlet, Zinedine Zidane said:

“We have given everything on the pitch and I am responsible for that. We will see what will happens shortly. Not only with me, with everything the club is going to do for the next season.”

There are multiple speculations that the French maestro Zidane may reunite with Cristiano Ronaldo at Juventus. However, that is yet to be seen.