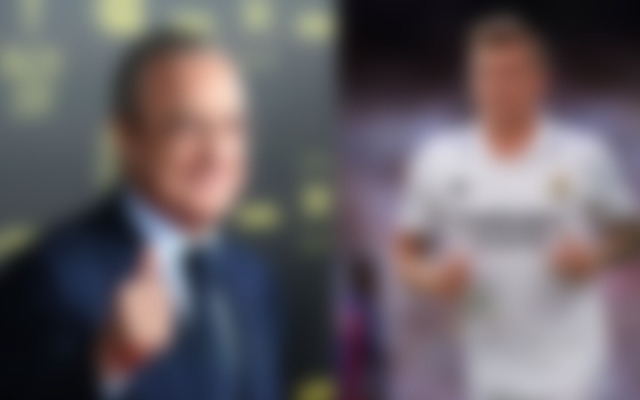 Sergej Milinkovic-Savic, a 27-year-old midfielder for Lazio, has apparently been offered to Real Madrid through intermediaries

An article in the Spanish publication Defensa Central claims that Real Madrid will be able to buy Sergej Milinkovic-Savic during the summer transfer window of 2023. However, the current La Liga winners would prioritize bringing in Jude Bellingham, leaving the 27-year-old Lazio midfielder as a backup plan.

Since joining Lazio in August 2015 from KRC Genk, Sergej Milinkovic-Savic has made tremendous strides in his career. The Serb has been a constant in the centre of the park for the Italian club for the previous seven seasons, making him one of the top midfielders in Serie A. And in recent years, he has really blossomed into his full potential.

The 27-year-old has had a productive 2022/23 campaign, contributing to five goals and seven assists. With just one year remaining on his contract, Milinkovic-Savic is a strong candidate to leave Lazio during the next summer transfer window of 2023. And Real Madrid will have a chance to sign him.

For a long time, Milinkovic-Savic has been a player Los Blancos have been keeping an eye on. A renewed focus on the 27-year-old in recent weeks suggests he may be a new target. For Real Madrid, though, Jude Bellingham is their first aim, thus the Serbian international is merely a backup plan.

It’s no secret that the English midfielder is one of the most sought-after players on the market. Bellingham will also be tagged with an exorbitant price tag. In addition, it has been said that Real Madrid would not spend €150 million to capture the teenage prodigy next summer.

Therefore, Milinkovic-Savic is a realistic option for Real Madrid if the transfer for Bellingham falls through. The 27-year-old will not replace Luka Modric or Toni Kroos in the same way that either of them did. However, he has the skills necessary to become an integral part of Real Madrid’s midfield.

Whether or if the Serbian midfielder becomes a priority for Real Madrid next summer is a story to follow. After this season, Milinkovic-Savic is likely to depart Lazio. It is unknown whether, after eight years in Italy, he will stay in Serie A by joining Juventus or if he would transfer overseas.