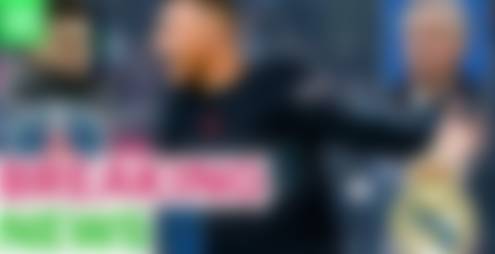 Real Madrid have made a breakthrough in their pursuit of Paris Saint-Germain star Kylian Mbappe as he agrees to move to Spain at the end of the season, according to a report in Germany.

According to German publication BILD, the World Cup winner Mbappe has now agreed to join Madrid on a free transfer at the end of the campaign.

He is set to be offered a deal worth an incredible €50 Million (£41.5m) per year before tax, making him the highest-paid footballer in the world based on salary alone.

Madrid are set to finally land the France international after failing to sign him last year. PSG turned down two bids, the second at £154 Million, from Real Madrid for Mbappe last summer in the hope of convincing their star man to stay. However, latest news tells us that the French star does not want to continue his career at the French capital.

Mbappe has long been Real Madrid president Florentino Perez’s top priority and he is now reportedly months away from signing the 23-year-old forward.

Mbappe has previously said he had hoped PSG would agree to sell him so they could receive a transfer fee, rather than having him leave for free at the end of the season.

He told RMC Sport last year: “I asked to leave, because from the moment where I did not want to extend, I wanted for the club to receive a transfer fee so that they could bring in a quality replacement.”

Mbappe is set to come up against Madrid when they take on PSG in the last 16 of the Champions League next month.

The French club travel to the Bernabeu on February 15 before the reverse fixture at the Parc des Princes on March 9.

Mbappe is viewed as one of the most impressive players in world football and he perfectly fits the bill for Real Madrid’s long-established ‘Galactico’ transfer policy.

Do you think he will be one of the greats at the Santiago Bernabeu?