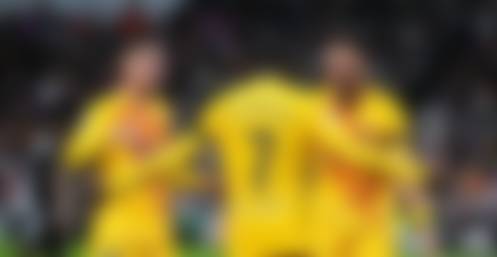 Xavi’s plan in his first league Clasico was to slow Real Madrid’s inevitable march to the title and make a statement of intent for next season. However, Barcelona’s 4-0 win was so dominant that it might not only make them confident but will also take a toll on Real Madrid.

It wasn’t just about the coach. His new signings were brilliant once more. Pierre Emerick Aubameyang scored twice taking his tally to nine in 11 games for the club. Ferran Torres tormented Madrid too and was in both the goals and the assists. And the new-born Dembele more than did his part.

While Carlo Ancelotti’s side started well, they fell behind just before the half-hour mark when Aubameyang got ahead of Eder Militao to glance home an Ousmane Dembele cross into the box.

Eight minutes later the lead was doubled and again it was Dembele who made it with a corner whipped into the six-yard box where Ronald Araujo rose between Militao and David Alaba to head home.

It was no more than Barcelona deserved. In fact, Ferran Torres added his name to the score sheet three minutes into the second half, finishing high into the roof of the net after a clever back-heel flick by Aubameyang to set up his teammate.

On the 52nd minute, it was four goals to the Catalan giants. This time Ferran Torres was the provider and Aubameyang scored his second of the game. Barcelona had to wait to celebrate because the flag was up but they all poured off the visitors bench when the goal was given.

Real Madrid will still win the league and have a Champions League quarter-final to look forward to. However, the mental scars from this will linger right into next season when Barcelona will believe under Xavi that they can contest the La Liga title with Madrid once more.