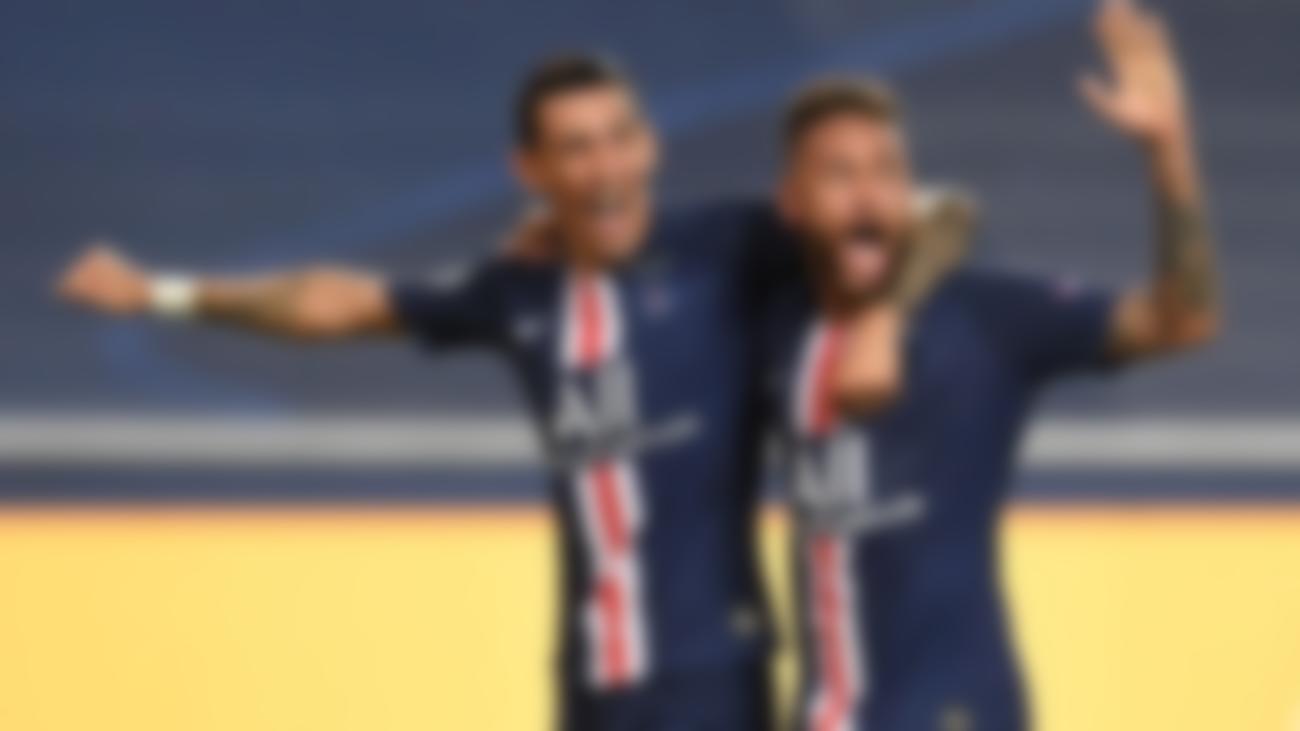 Ángel Di María was at the heart of PSG’s excellent display. He scored one and created two, for Marquinhos and Juan Bernat.

RB Leipzig started the match on the front foot, creating an early chance. However, the first clear cut chance of the game fell to Neymar after he was put through by Kylian Mbappe, who started in the No.9 position, with the Brazilian on the left and Di Maria on the right.

Neymar hit the post with the shot.  Considering how open the game had been in the first 10 minutes of the match, there was a feeling that a goal would come soon. And, it came through a set-piece.

Neymar was fouled outside the box by Konrad Laimer. Unmarked Marquinhos rose highest to Di Maria’s cross to score the first goal of the night. PSG could have doubled their lead a couple of minutes later with Mbappe, but his shot was saved by the Leipzig’s keeper Peter Gulacsi.

Neymar almost caught Gulacsi off his line with his tenacious freekick but the shot hit the post. However, Neymar turned provider in setting up Di Maria with his clever flick in the 41st minute.

PSG could have easily added one more to their lead when Mbappe set up Neymar for the shot, but the Brazilian was not at his best in terms of shooting in the game.

The game was put to bed when Juan Bernat met Di Maria cross and headed it past the goalkeeper.

Will PSG win the Quadruple this season?

110 – @PSG_English have reached their first ever European Cup/Champions League final; this was their 110th game in the competition – the most played by a side before reaching their first final, overtaking Arsenal's record of 90 between 1971-2006. Finally. #RBLPSG pic.twitter.com/vREUq2qYrX

Having already won the Coupe de France, Coupe de la Ligue and Ligue 1, PSG are one match away from creating history. This is the first time that PSG have reached the Champions League final.

While they had to overcome Atalanta in the dying minute of the game in the Quarter-final, they were at their best against Leipzig. They will now face either Lyon or Bayern Munich in the final.