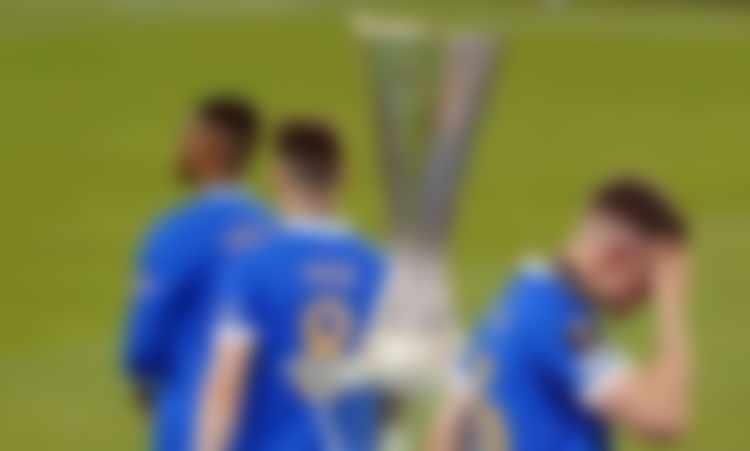 Rangers were eliminated from the Europa League after a heartbreaking 5-4 penalty shootout loss to Eintracht Frankfurt in Seville.

When Joe Aribo opened the goal in the 57th minute, the Gers fans were in raptures in the scorching heat of the Ramon Sanchez-Pizjuan stadium.

However, in the 68th minute, Colombian attacker Rafael Borre equalized, giving the game an extra 30 minutes, during which Frankfurt goalkeeper Kevin Trapp made a great last-gasp save from Ryan Kent.

Then came penalties and sorrow for the Gers, especially the substitute Aaron Ramsey, who had his penalty saved. Frankfurt scored all of their penalties and went on to lift the Europa League trophy.

Frankfurt earned immediate qualification to the 2022-23 Champions League group stage with the win. They also qualify for the UEFA Super Cup and will face either Liverpool or Real Madrid.

“It’s a hard one to take,” said Rangers midfielder John Lundstram to BT Sport. “I thought we could have played better. It’s hard to perform on a big stage like this, it’s nervous for everyone. I’m just severely disappointed.

“To let everyone down is just heartbreaking.”

Meanwhile, Steven Davis emphasized that getting to this position would be a tough task to repeat.

“It’s going to be a sore one to take,” he stated. “We know how difficult it will be to get to this stage again.

“But I couldn’t be more proud of the lads, staff, and fans. We left everything out on the pitch.”

Coach Giovanni van Bronckhorst added: “We have to start all over again. We’re going to work hard and develop as a team.”

After a scoreless first half in which the main news was Frankfurt captain Sebastian Rode’s early head injury, both teams scored in the next 45 minutes to send the game to extra time.

Joe Aribo of the Rangers scored in the 57th minute after a defensive blunder, before Rafael Borre equalized in the 69th minute.

In the 118th minute of the game, Kent appeared to be on his way to converting Roofe’s cross but Trapp made an excellent stop. The follow-up from Davis was over the top. Tavernier’s late free-kick was parried by Trapp.

The game then went on to penalties to decide the final outcome.

Aaron Ramsey was the first to blink, as Borre clinched the Cup with the last penalty kick for Eintracht Frankfurt.