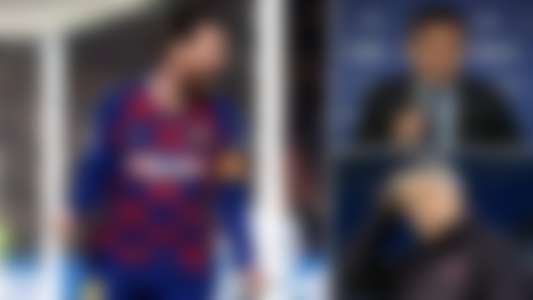 The highly unsuccessful Quique Setien has been sacked according to the Catalan Radio.

FC Barcelona were humiliated by Bayern Munich in their Champions League quarter-final tie. They managed to concede 8 goals in the space of 90 minutes. This was the first time Barcelona have conceded 8 goals in a game since 1946.

The anger and disappointment of the fans of the La Liga side could clearly be seen as the team was booed upon their arrival at their hotel in Lisbon.

There were several rumours going around after the defeat that Setien would be sacked as the Barcelona manager.  On Monday night, Bartomeu told COPE’s Tiempo de Juego: “Setien is out”.  The official statement of the sacking of the 61-year-old manager is expected soon.

Barcelona has had a below-par season, losing their La Liga titles to arch-rivals Real Madrid after the league was postponed due to COVID-19. The club also lost in the Copa Del Rey quarter-finals as well as the Super Copa de Espana semi-finals. Thus, they had a trophy-less season which is very rare for a club like Barcelona.

Who will be the next manager?

There are several rumours going around as to who will be the next manager of the club. Currently, Ronald Koeman has emerged as the front runner for this position. Koeman has been previously linked to the club after former manager Valverde was sacked. However, he could not get the position due to his duties with the Netherlands national team.

Koeman has already stated to Catalunya Radio:  “Everyone knows it’s my dream to coach Barca”.

However, there are several other candidates for this job. Former Tottenham manager Mauricio Pochettino and Ex-Barcelona player Xavi have also been heavily linked as candidates for the managerial position.

As Barcelona’s poor form continues, there has been speculation going on that Barcelona star Messi is unsure of his future at the club. The six-time Ballon d’Or winner has been linked with a move to the Premier League giants Manchester City and Serie A club Inter Milan.