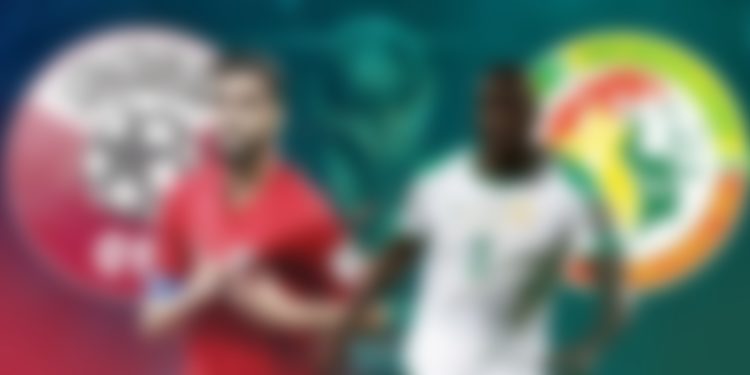 Qatar vs Senegal, FIFA World Cup 2022: At the Al Thumama Stadium on Friday, World Cup hosts Qatar will play Senegal in a pivotal Group A encounter.

After losing on the first day of the championships, both countries are now trying to get back on track.

In the tournament’s first game on Sunday, Qatar was soundly defeated by Ecuador, 2-0.

Getting blown out by CONMEBOL’s least talented team was indicative of their standing on the international scene, but there’s still time to change minds.

But the record books will show that Qatar is the first World Cup host to lose its first match.

Additionally, the Maroons are the first hosts to not have a shot on target in a match at the championships since the United States failed to do so in their round of 16 loss to Brazil in 1994.

Manager Felix Sanchez said his team was “nervous,” and their performance did give the impression of players who clammed up when the pressure was on.

Since this was the 2019 Asian Cup champions, it’s hard to explain why they were mentally incapable of even the most fundamental skills like passing and pushing.

The striking combo of Almoez Ali and Akram Afif, who led the tournament in scoring, were spectators against Ecuador despite being invited to play in the 2021 Gold Cup.

Football-wise, they have yet to prove they belong at this level, so another loss here will strengthen the case against them hosting.

Even though they lost to the Dutch on Monday, Senegal’s effort was worthy of praise despite the team’s disappointing overall result.

Their attacking buildup play was pleasing to the eye, and they were generally sound defensively.

Although the Lions of Teranga lost 2-0, it was mostly due to two major mistakes made by Edouard Mendy.

The first effort on target by the Dutch was a header by Cody Gakpo in the 84th minute; this highlights how well Senegal defended against them for the most of the game.

However, considering the strength of their opponents, Senegal has a better chance of keeping a clean sheet tonight than they did in any of their previous nine World Cup finals matches.

Their defensive record in Africa has been outstanding, as they allowed only twice on their path to Africa Cup of Nations gold at the start of the year and let in just three in six games following before this tournament.

However, to earn an important three points, they will need to find a clinical edge, and not having Sadio Mane offers a significant challenge for Aliou Cisse’s side.

Even when Mane was healthy, Cisse failed to decide on a consistent starting striker, since their top scorer from qualification, Famara Diedhiou, has had injury difficulties this year.

Sanchez has a clear option in goalkeeper Meshaal Barsham, who is considered as less unpredictable and who saved the game-winning penalty in 2021’s Arab Cup final triumph against Egypt.

Four players, including Al Sheeb, Ali, Afif, and Karim Boudiaf, were cautioned on Sunday, putting them at danger of punishment for the last game against the Dutch.

Hassan Al Haydos, the captain of Qatar, is scheduled to start in the middle of the field and win his 171st cap for his country.

After leaving the game against Holland with muscular cramping, Senegal has announced that Abdou Diallo is well enough to resume training immediately.

Given Fode Ballo-injury Toure’s in the run-up to the finals, having Diallo back at his natural position of left back would be a welcome relief.

Unfortunately for Nottingham Forest, midfielder Cheikhou Kouyate had to be stretchered off with a muscular injury and will have to sit out this match.

After Edouard Mendy’s disastrous performance on Monday, rumours have circulated that Seny Dieng of Queens Park Rangers may replace him.