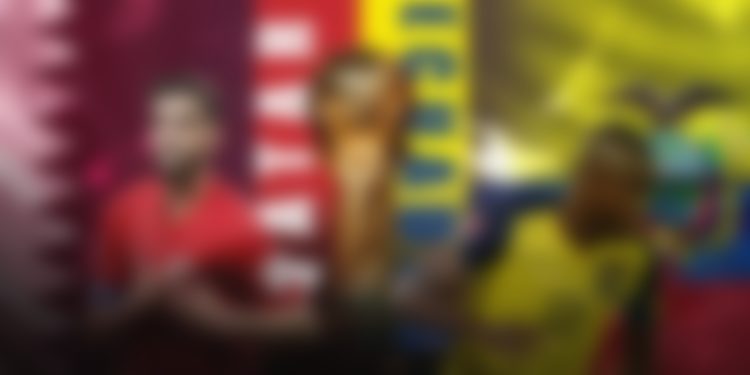 At Al Bayt Stadium on a Sunday afternoon, hosts Qatar will face off against Ecuador in the first game of the extremely contentious 2022 World Cup.

The team coached by Felix Sanchez Bas is making its first appearance at the World Cup finals, while the South American country is making its comeback to the tournament after an absence of eight years.

Only a week after Sepp Blatter’s admission that Qatar should not have been given the World Cup in the first place, the 2022 hosts have the honour of kicking off the newest instalment of the event, as domestic leagues take a pause so that the worlds best may assemble in the Middle East.

Despite the ongoing controversy surrounding Qatar’s hosting of the 2022 World Cup, which was first given to the country in 2010, Sanchez Bas and his group of future history-makers have simply attempted to give themselves the greatest opportunity of advancing from Group A.

Senegal is a challenge. The Netherlands are a true baptism of fire for a country rated 50th in the world, but they have played in four warm-up friendly since October and won them all.

The Maroons are looking to become the first World Cup debutants to win their opening match since Senegal defeated then-defending champions France in 2002. In recent weeks, Qatar has defeated Guatemala, Honduras, Panama, and Albania, with star striker Almoez Ali scoring the only goal against the latter.

While Sanchez Bas’s squad is trying to escape the same fate that befell South Africa in 2010 (when they failed to advance out of their group), a win here would also create history by making Qatar the first AFC country to win their first-ever World Cup battle.

Ecuador was allegedly threatened with expulsion from the tournament for playing an ineligible player in qualification, joining Qatar as a country engaged in controversy prior to the first ball being played at the World Cup.

It didn’t work out that way, however, as the South American country is now preparing to return to the game’s greatest event after missing out on a spot at Russia 2018, despite the fact that creating waves at the World Cup has not been their forte thus far.

Since 2002, Ecuador has participated in the event three more times (in 2006, and again in 2014), although they have never advanced beyond the group stage or won their first match.

Six clean sheets in six games since the beginning of June is a remarkable feat for Gustavo Alfaro’s side, who have only scored twice themselves in those contests, with four of those games ending in a scoreless draw.

Recently, the Tricolor’s match against Iraq ended in a scoreless tie, and Qatar has played its South American rivals on home turf three times, recording one victory, one draw, and one loss against the side that will be determined to ruin the celebration.

Qatar vs Ecuador, FIFA World Cup 2022: Where to watch?

In Uk, it’s Sky Sports Network and BT Sports. In the USA, it can be streamed on the DAZN App or FOX Sports. In India. the match can be watched on the Sports18 channel.

The medical staff for Qatar has already been hard at work in preparation for this game, as their attacker Ahmed Alaaeldin left last week’s match against Albania in the 26th minute with an injury, though he was expected to miss this one.

In fact, Ali, who is tied for the country’s scoring lead with 42 goals, should be paired with Akram Afif in a two-man strikeforce, and the two of them will lead the charge for a defensively-minded Qatar side here.

Abdelkarim Hassan, who has 130 caps for his country, should lead a five-man defence, while Hassan Al-Haydos, the captain, will try to replace Ali Asad’s place in the strikers’ positions by earning his 170th cap.

Similarly, Byron Castillo was substituted out of Ecuador’s last warm-up game before halftime due to an injury, but the 24-year-old was the one caught up in the ineligibility tempest and was not included in the Tricolor’s 26-man squad.

South American right-back duties should go to either Angelo Preciado or Robert Arboleda, despite Arboleda having only recently returned from an ankle fracture.

All-time leading scorer Enner Valencia will lead the line, with Sarmiento needing a checkup on a minor muscular problem, while Gruezo has been training normally after overcoming a thigh issue.

See also  “Reminder of the dark world we are living in”, Twitter reacts as Polish National Team given a F16 escort to their Southern Border