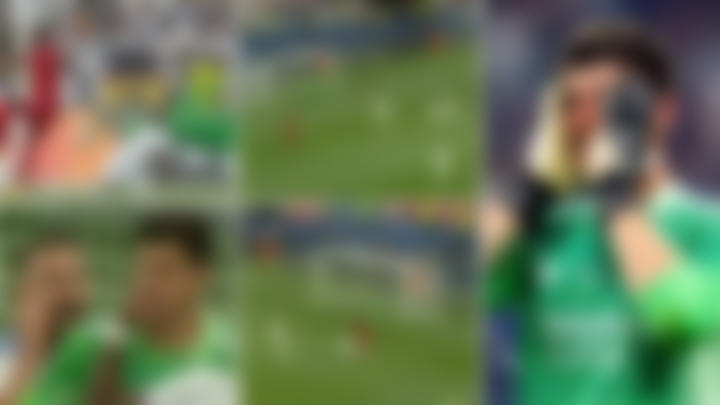 In what was an extremely tight contest at the Stade de France on Saturday night, Real Madrid goalkeeper Thibaut Courtois was the difference-maker, making nine saves against Liverpool to help Los Blancos win the Champions League for a record 14th time.

A close range goal from Vinicius Junior in the 59th minute was enough for Real Madrid to win the title. However, there is no doubt that it was Courtois’ heroics that helped the Los Blancos come out on top.

The Belgian goalkeeper made nine saves in the final, including phenomenal stops to deny Mohamed Salah and Sadio Mane.

Courtois then hit back at his critics in a defiant interview after the game.

The Belgian goal keeper said on BT Sport: “In the press conference yesterday I said when Real Madrid plays finals they win it. I’m on the good side of history.

“I saw tweets coming my way saying I was going to get humbled today but it was the other way around. Today I needed to win a final for my career, for all the hard work, to put respect on my name, because I don’t think I have enough respect, especially in England. I saw a lot of criticism, even after a great season, that I was not good enough or whatever.

“I’m just really happy and proud of the performance of the team. We stuck to it and when I needed to be I was there for the team.”

After the game, the Real Madrid manager Carlo Ancelotti was full of praises for his goal keeper.

In an interview, he said, per journalist Fabrizio Romano: “Trust me, I can’t believe what Thibaut Courtois did tonight, guys. Unbelievable”.