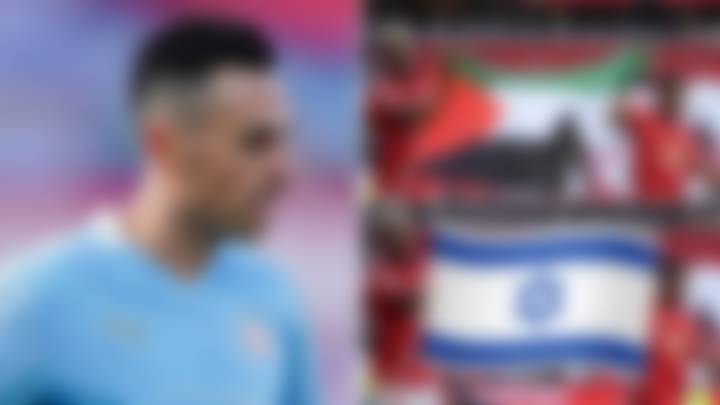 PSV forward Eran Zahavi has again swapped a Palestine flag for an Israel one in an Instagram post, this time after Manchester United’s Paul Pogba and Amad Diallo held the Palestinian flag on Tuesday.

Both Paul Pogba and Amad Diallo carried the Palestinian flag in a lap of honour around Old Trafford following Manchester United’s 1-1 draw with Fulham. The pair showed solidarity with the country of Palestine after its recent clashes with Israel. Due to the conflict, many Palestinians have had to flee their homes and many children and innocent civilians were killed by the airstrikes.

Supporters all around the world, especially the Muslims praised this move from the Man United pair. Paul Pogba and Amad Diallo are not the first major football players to show solidarity with the Palestinians. Recently, Liverpool star Mohammed Salah also expressed his solidarity with the country of Palestine in a tweet.

The PSV player Eran Zahavi went to Instagram to post an image of the pair holding the flag. However, he edited the picture to show the Israeli flag instead.

This is not the first time he has done this. He edited a picture similarly when Wesley Forfana and Hamza Choudhury raised the Palestinian flag during their FA Cup celebrations. Later, he deleted that post after he received criticism.