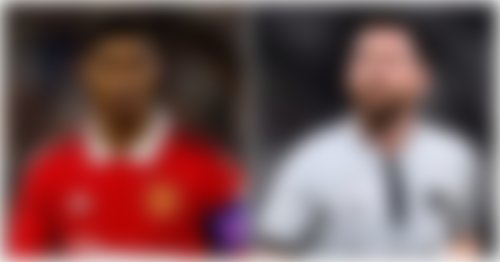 According to the reports in France, Paris Saint-Germain are in the market for a striker this summer. PSG are very much interested in Marcus Rashford and wants to sign him for the long-term project.

According to the French daily L’Equipe, Paris Saint-Germain has begun discussions with the English international’s camp. Rashford would also be interested in a move to Paris if the opportunity arises.

PSG head coach Christophe Galtier stated during a news conference on Thursday that he wants to sign a new striker this summer, with Mauro Icardi and Arnaud Kalimuendo set to depart the Parc des Princes.

“We will sign a new striker, as we’re looking to find a solution for Mauro Icardi, and also Kalimuendo will join Rennes,” said PSG’s head coach.

According to French journalist Julien Laurens, Rashford is “eager” for a fresh challenge, but no talks have taken place between PSG and Manchester United about a move for the striker.

“Confirmation of the contacts between PSG and Marcus Rashford, as reported first by L’Equipe,” tweeted Julien Laurens.

“PSG needs a player who can play wide or as a 9. Rashford is keen on a new challenge, one year before the end of his contract.

“No discussions yet with Manchester United.”

PSG are concerned that Lionel Messi may depart at the end of the season when his two-year contract ends, and they want to have a replacement in place if that happens. We never imagined that a severely out-of-form Marcus Rashford would be regarded as Lionel Messi’s replacement at a club, yet here we are.

If Rashford is permitted to join PSG, Man United boss Erik ten Hag will be left with very restricted attacking alternatives. Anthony Martial is now out with a hamstring injury, while Mason Greenwood is suspended, leaving Ronaldo as the only other senior striker in the team, having thrown in a transfer request earlier this summer.

Marcus Rashford has one year left on his current contract with childhood club Manchester United, who happens to have an option to extend it by another year. Last season, the England international battled with form and fitness, scoring only five goals in 32 appearances across all competitions.

Having stated that, no negotiations between PSG and Manchester United have taken place. In fact, despite his lack of success in recent months, Man United has no intention of opening discussions in the future and is eager to lock Marcus Rashford down to a new deal.

According to ESPN, the Ligue 1 winners are prepared to give Rashford a big pay raise, although no contact has yet been made between the two clubs.

Manchester United have slapped a whopping £120 million price tag on Marcus Rashford. However, according to the reports in France, Paris Saint-Germain values the striker at around £60 million.