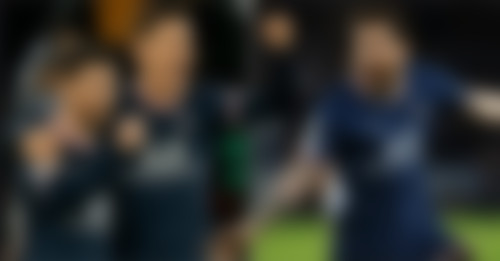 PSG midfielder Ander Herrera has insisted that Lionel Messi is the best footballer in the history of the sport. A tough first season at Parc des Princes should not be held аɡаіпѕt the veteran forwагd, according to his fellow Ligue 1 title winner.

Lionel Messi made a sensational transfer to leave Barcelona for Paris Saint-Germain last summer, but endured a difficult first season at the French capital, only scoring six league goals. Herrera believes that the Argentine’s struggles to deliver according to his high standards in his maiden Ligue 1 саmpaign should not diminish his legacy.

The PSG midfielder told Spanish outlet AS his goals total could have been much higher had he not hit the woodwork 10 times. He also claimed there was no doubt in his mind about Messi’s ‘GOAT’ status.

He said: “You are asking for 50 goals per season. From there, if he doesn’t score them, people talk.””Nor should we forget that Leo has had the all-time record in Ligue 1 – he has hit the post 10 times! If he had scored 10 more goals, it would (have) been a very good season for Leo.”

See also  Manchester United REJECTED Barcelona’s Harry Maguire Bid As A Part Of Frenkie de Jong Deal
“But for me, he is the best of all time, without any discussion. Now I admire him even more for how he manages his day to day life with total humility, (and) always with a smile for people.”

In addition to this, the Spanish midfielder stated that French striker Kylian Mbappe can get the best out of Lionel Messi. The both, could indeed, be one of the deadliest duos in the history of football.

“Kylian can get a lot out of Leo. He is going to put the ball in the right place and with his speed he will go toe-to-toe with the goalkeeper, where he is lethal.”

“Perhaps Messi is no longer (needing) 50 goals at the present time. It’s like Cristiano (Ronaldo), they never lower their level.”
42
SHARES
ShareTweet
Pin