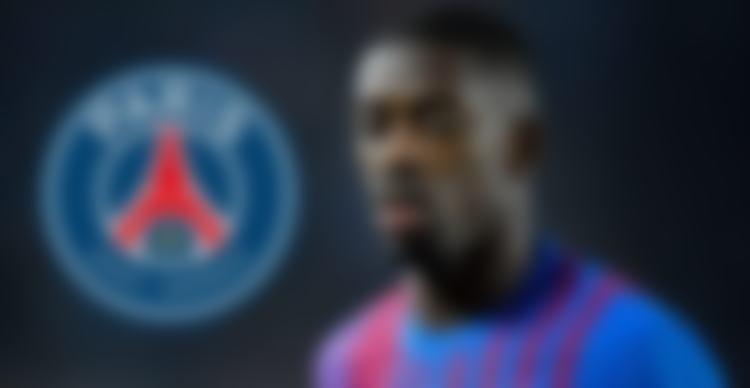 The newly crowned champions of France have made an offer for Barcelona’s Ousmane Dembele, who is in talks with the La Liga giants. The player is holding talks of a possible extension, as he looks to renew his deal with the Nou Camp-based club. There are a lot of top clubs that are interested in his services, with the French side one of the potential suitors as well.

The Ligue 1 giants have already signed Lionel Messi on a free transfer in the summer and are now looking to add his team-mate, Ousmane Dembele to their ranks as well. This is, as they look to chase their dream of winning the Champions League. A dream that has evaded them over the years, since they had added some much-needed reinforcements.

What Does The Future Hold For Ousmane Dembele; Amid Such A Huge Contract Being Offered To Him?

After being knocked out of the Champions League by Real Madrid and Karim Benzema this season, PSG has decided that they need more firepower in their squad. Further, the future of Kylian Mbappe is still uncertain. With that being said, Spanish journalist Toni Juanmarti reports that the Ligue 1 champions have tabled a bid worth €17m-a-year, after-tax. So far, they have not back from the player yet.

Ousmane Dembele recently let Barcelona let his demands be known for a possible extension. He talked about the expectations that he had with the club, stating that he was happy to be in Spain. However, that could very well change now, with the offer that PSG has put in.

Xavi and co. are trying to retain their full squad and add more quality amongst the ranks. With that being said, they would not want to lose an asset like Ousmane Dembele. He has been crucial to their creative inputs and has a great understanding with the likes of Pierre-Emerick Aubameyang, with whom he played with back during his Dortmund days.

He would be joining his former team-mate Lionel Messi and ex-Barcelona star Neymar in Paris if he does agree to make the move. With that being said, things could get really interesting in the summer. Let’s wait and watch how this transfer saga develops in the days to come.