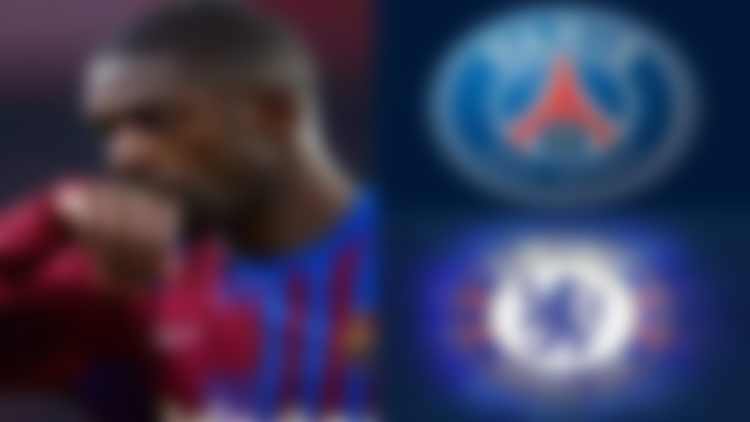 Ousmane Dembele only has a few months remaining in his contract with FC Barcelona. The French winger had an awful time at Camp Nou where he was injured for the most part of his time. Dembele now looks to find a way out of Barcelona and join a club that suits him the most. Chelsea and Paris Saint-Germain remain interested in the winger.

Barcelona expected Ousmane Dembele to sign a contract extension, but when he declined, they tried to sell him in January – but the winger’s agent made it clear that he would not be forced out of the club.

Despite the fact that he has been booed by his own fans, Dembele is still a part of Xavi’s first squad, and new teammate Pierre-Emerick Aubameyang even indicated this week that he hoped a situation would occur that would allow the Frenchman to stay.

However, certain sources believe that Dembele is not going to stay at Barcelona and a new deal is highly unlikely.

Chelsea have been tracking the 24-year-old France international, whose contract expires by the end of the season. There will be no extension at Camp Nou, since talks have come to a halt over the player’s pay demands, and he is most likely to leave Barcelona as a free agent. Rumors suggest that Ousmane Dembele is in talks with Chelsea over a possible move to Stamford Bridge.

The Clubs Ousmane Dembele Could Join This Summer

Dembele and his representatives are fielding bids while still playing for Barcelona, though sources are reporting that two teams are interested in the winger at the moment: PSG and Chelsea.

PSG and Chelsea were interested in working out a deal for a cheap transfer late in January, and the two have kept in touch after that prospect was ruled out.

According to sources familiar with the matter, the offers on the table are quite similar, thus the player will have to decide his future in the coming months.

Paris Saint-Germain are exploring the options to replace Kylian Mbappe; should he leave the club in the summer. Sources have reported that Dembele seems to be on PSG’s radar and they are very interested in him. PSG will be keeping close tabs on Dembele’s situation at Barcelona and will be ready to splash big money on the French winger.

Given some of the issues Dembele has had in Barcelona throughout his five-year stint, including fitness, form, and disciplinary issues, sources are reporting that he wants to be sure that the club he joins next is the appropriate project for him.

Despite being from the outskirts of Paris, Chelsea manager Thomas Tuchel worked with the player at Borussia Dortmund, and he has given good references to his superiors behind the scenes. Thomas Tuchel could play his role in the deal and convince the French winger to join him at Stamford Bridge.

Talking to the English media in January, Thomas Tuchel said:

“He(Dembele) is a very good player, and I am very fortunate to have trained him in my time at Dortmund. It was only one year, it should have been longer, but I needed to leave and he decided to leave.”

Chelsea are considering selling a number of forwards, including Timo Werner, Christian Pulisic, and Hakim Ziyech, and believe that signing a player like Dembele would give them something fresh and increase the attacking depth in their squad.