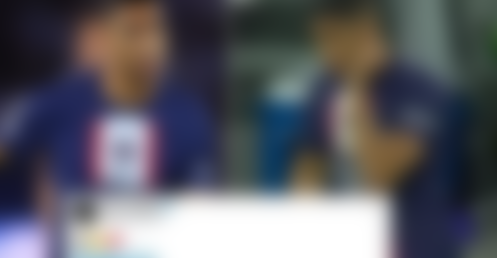 An interesting moment during the UEFA Champions League game between PSG and Maccabi Haifa took place when Achraf Hakimi was booed as he was subbed on.

The Moroccan international came on during the 83rd minute to replace Nordi Mukiele and was booed by the home fans for previously expressing his pro-Palestine views. The 23 year old responded to the heavy jeering by touching his ears.

Achraf Hakimi is a big supporter of the Palestinian independence movement and showcased his support on Twitter last year when residents of the Sheikh Jarrah neighbourhood were evicted by the Israeli government.

This is also not the first time that Achraf Hakimi has been jeered on by the Israeli local fans. Earlier this year, he was booed during a game in Tel Aviv, where PSG faced FC Nantes for the Trophee des Champions.

See also  How will FC Barcelona line-up against Bayern Munich in the Champions League?

The conflict between Israel and Palestine has been going on for ages, and the tensions rose to a sky high last year. The whole situation went worse after Hamas aimed missiles towards Jerusalem in August, with Israeli forces responding by raining down on the Gaza Strip with air strikes of their own.