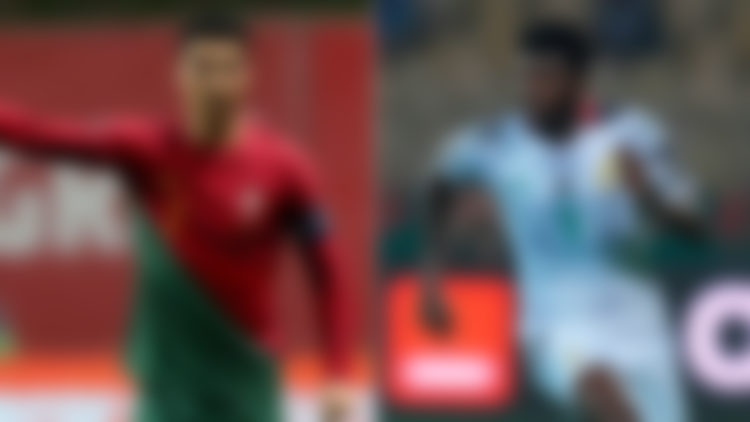 Portugal vs Ghana: One man has dominated headlines both within and outside of Portugal in recent days: Manchester United veteran Ronaldo, who did not hold back in a stinging assault on the club during an interview with Piers Morgan and is forced to quit Old Trafford.

Ronaldo, a five-time Ballon d’Or winner who urgently wants to help Portugal win the big one after many World Cup failures, made a surprise appearance at a press conference earlier this week to demand that attention be on the game rather than his conduct.

Despite being a legendary footballing country, Portugal has only made it to the World Cup semifinals twice, in 1966 and 2006. In four of the previous five World Cups, they have been eliminated in the round of 16.

Portugal was eliminated in the round of 16 by Group H opponents Uruguay at the 2014 World Cup in Russia. Since then, they have won only three of their eleven World Cup matches.

Although Santos’s squad has struggled to get off to a winning start at the World Cup in their past three opening games, Ghana will need to bring their A-game if they are to score against a Portuguese defence that has allowed just two goals in their last seven matches.

In Group H, Ghana is hoping to exact some measure of retribution on Uruguayan villain Luis Suarez, who played goalie 12 years ago to prevent the Black Stars from advancing to the World Cup semifinals.

Ghana will face the South American team again on December 2, but before that, they will have to endure a baptism of fire in Qatar, where they will be preparing for their fourth World Cup participation since 2006. In all of those tournaments, the African country has been eliminated in the group stage just once.

When the Black Stars last competed in the tournament in 2014, they were eliminated in the first round without recording a single victory. This year, before Otto Addo took over as coach, the team likewise lost all three of its matches in the Africa Cup of Nations.

But since the summer, Ghana’s results have been impressive: they beat Switzerland 2-0 in a friendly last week and have won seven of their past eight matches across all competitions, losing only to Brazil. This makes them a dangerous team to watch at the World Cup.

A similar performance today would boost Ronaldo’s attempts to generate headlines for the right reasons once again, since Portugal and Ghana are not complete strangers to each other at this level of football, as Ronaldo won a 2-1 victory for A Selecao against the Black Stars at the 2014 World Cup.

Ronaldo has been unwell in the midst of his off-field turmoil and missed Portugal’s friendly victory over Nigeria, but the 37-year-old has proclaimed himself ready to play in the first game on Thursday.

Despite a scare with Nuno Mendes’s health, Santos should have a complete roster to choose from this week. Diogo Costa, who is locked in a tight goaltending duel with Rui Patricio, is hoping to come out on top.

There is no doubt that Bernardo Silva and Ronaldo will start, leaving the last slot in the attack open for competition between players like Joao Felix, Rafael Leao, Otavio, and AC Milan’s rising talent Andre Silva, whose left-wing skills should give him the edge.

All of Ghana’s players should be available for the first game, and Addo has the best type of selection issues to struggle with after resting several star players in the team’s victory over Switzerland last week.

As a result of being placed on the bench for that match, players like Thomas Partey, Kamaldeen Sulemana, and Alexander Djiku are hoping to make a return to the starting lineup. Meanwhile, Andre Ayew and Jordan Ayew started the game.

Andre Ayew, who is now playing in Qatar for Al-Sadd, would tie for the most appearances by an African player at a World Cup with eight if he were to participate here, however, Sulemana and Inaki Williams may be given the nod from the start.