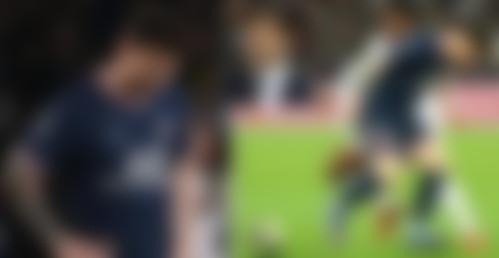 According to the PSG manager, Mauricio Pochettino, Lionel Messi was taken off at half time in the game between Paris Saint Germain and Lille due to precautionary reasons.

The Argentinian forward struggled during the first half and failed to make an impact on the game, but his substitution at half time led to the supporters questioning the manager’s tactics. Messi played as a false nine, and along with his teammates did not pose much of a threat to the opposition goal.

However, after his substitution, PSG made an amazing comeback, with Marquinhos scoring an equalizer and Angel Di Maria putting PSG in the lead just two minutes from time.

When asked about his decision, Pochettino said: “We have to wait. We spoke with the doctor. It’s a precaution. He couldn’t go on, but it’s not a big issue. He will be available for the next game.”

All eyes have been on Messi since he left his boyhood club Barcelona to join PSG in a dramatic summer move, but he has failed to make a mark for his new side on the pitch. He has now gone five straight league game without a goal, and his only strikes for his new club so far have come in Europe.

“I don’t think that was the problem in the first half. It’s just that Lille knows us well.”

“We weren’t good enough to feed our offensive players and have control of the game. But I don’t think it’s a single player or a position that changes everything.”

“Overall I think we deserved to win. It’s an option to play, to find different ways to play. We can adapt to this system. But it’s good to be flexible.”