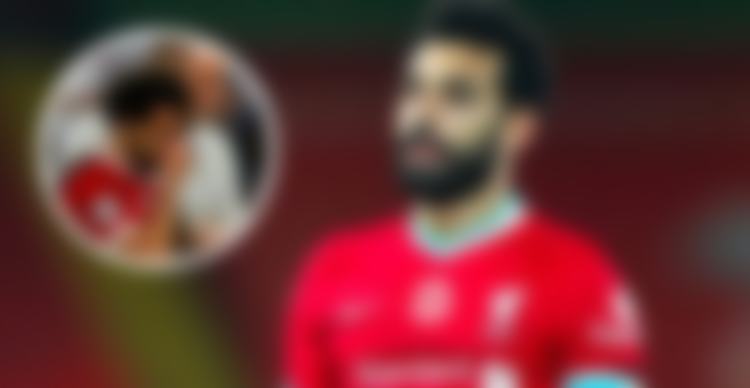 What Mo Salah Said? With Liverpool in the finals of the UEFA Champions League, the Reds were eager to find out who their opponents would have been. On one hand, it was domestic rivals Manchester City and on the other, La Liga champions, Real Madrid. The stage was set for the finals in Paris on the 28th of May, as the players and fans watched the two teams battle it out in the second leg of their semis clash.

Prior to this game, a lot of former players and Pundits had made predictions. They all had their say as to which team will make it to the final and who might win it. Amid these talks, Mo Salah was asked his opinion, as to which team he would want to face.

With Manchester City locking horns against Real Madrid, it was going to be a heavyweight final. The only thing that mattered at that point was, that regardless of the opponents against Liverpool, the team wanted to play well. But if their Egyptian superstar is to be believed, he had said he would rather want to face Real Madrid than City. This is quite an interesting opinion.

What Did Mo Salah Say About His Opponents In The Final Of The Champions League This Season?

Well, it turns out that the Egyptian has revenge on his mind. He is baying for blood against the Los Blancos. In an interview with BT Sport, Mo Salah was asked who he would prefer to face in the finals.

Mo Salah said “I want to play Madrid. City is a really tough team, we have played against them a few times this season. If you ask me personally, would prefer Madrid.

When further asked that he prefers Madrid because he wants revenge, Salah didn’t openly say that he wanted revenge but gave a rather subtle hint about his intentions and opinion about the subject. He went on to say, “We lost in the final against them. so I want to play against them and hopefully, win it from them as well.”

For those who are not aware, Mo Salah was taken off after a collision with Sergio Ramos left him with a dislocated shoulder. Liverpool went on to lose 3-1 in the finals, with the absence of Salah dearly felt by the Merseyside club.

Well, it looks like Salah is in the mood for vengeance, and they say “hell hath no fury than Mo Salah scorned”. We certainly hope for Salah’s sake that we do get to see a Liverpool vs Real Madrid final.