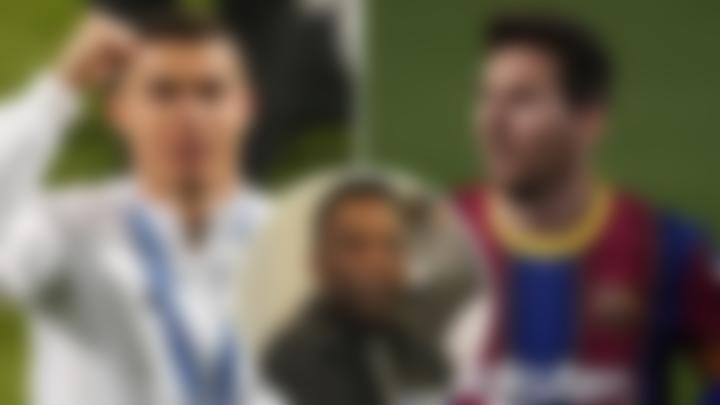 Thus, Pele tweeted out his team of the year and revealed the eleven players which he had chosen. The fans were shocked to find out that the Brazilian legend had left out both Argentinian superstar Lionel Messi and Juventus legend Cristiano Ronaldo in his FIFA 21 team of the year.

The 80-year-old Santos icon revealed that Liverpool goalkeeper Allison would be in between the sticks for his team. Ahead of Alisson is a back four consisting of Liverpool star Trent Alexander-Arnold at right-back and Bayern Munich youngster Alphonso Davies at left-back. In addition, Real Madrid legend Sergio Ramos and Chelsea star Thiago Silva joined as the centre-backs.

The three-time World Cup winner snubbed both Messi and Ronaldo as he selected the Paris Saint-Germain duo of Neymar and Kylian Mbappe. The Bayern Munich superstar striker Robert Lewandowski made it into Pele’s attacking trio, joining Neymar and Mbappe.

The football world did not take his decision with warm hands. Instead, he was criticized for being jealous of the superstars Messi and Ronaldo. Pele had recently got his record of being the all time leading top goalscorer in football history broken by Cristiano Ronaldo. Not only that, Lionel Messi also beat him to become the leading goalscorer for a single club. Therefore, it is fair to say that the Brazilian legend might have taken these decisions a bit too personal for the liking of the football fans.

Would Ronaldo and Messi make it to your FIFA team of the year? Tell us below…