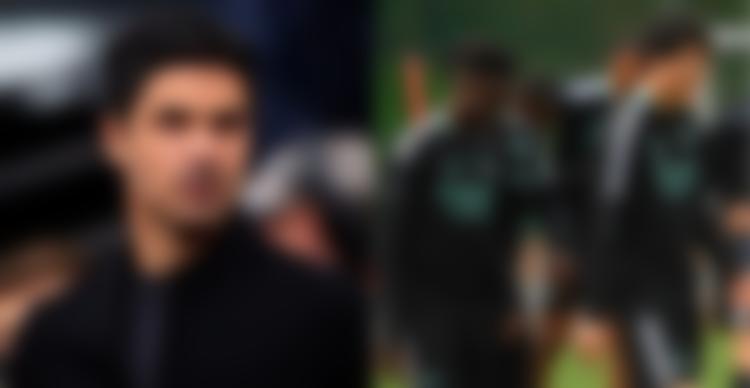 Manchester United legend Paul Scholes has slammed Mikel Arteta regarding a controversial penalty decision in the game between Manchester United and Arsenal. It was an important match between Arsenal and Manchester United in the top four race. The Gunners have secured three important points from this match to keep them ahead of their competitors.

The Gunners were awarded a penalty in the first half. According to Paul Scholes, Mikel Arteta influenced the referee and VAR to give the decision in their favour. He has encouraged the crowd to put pressure on the referee. Paul Scholes has called this action totally unacceptable in the field. Nketiah has scored from an open play. However, he has been in an offside position at the time of the goal.

However, during the buildup, there has been a clumsy challenge by Alex Telles on Bukayo Saka. VAR has checked it and awarded the penalty to the Gunners. Bukayo Saka has not made any mistake to put it in the net to secure a lead of two goals for his side.

Nuno Tavares scored the first goal of the match against Manchester United in the third minute of the match, making manager Mikel Arteta a happy man. Bukayo Saka has been instrumental in creating chances for the Gunners during this goal. After taking the two-goal advantage, Granit Xhaka secured the win for Arsenal with a long-ranger in the 70th minute. Bukayo Saka was subbed off at the 74th minute because of an injury. Saka’s injury can prove to be crucial for the Gunners in this end portion of the league where they need to keep the momentum for the next five matches.

The Gunners are sitting firmly at the number four position with 60 points in 33 matches so far. After so many years, Arsenal will certainly cherish a top-four finish this season. The credit should go to Mikel Arteta for creating such a good team with youngsters. Bukayo Saka, Emile Smith Rowe and Martin Odegaard have been phenomenal for them this season. Mikel Arteta and co. got the job done once again on a tough night.

On the other hand, Manchester United are at the sixth position in the league table with 54 points in 34 matches. Tottenham Hotspur is also in the top four race along with these two clubs. They are in the fifth position with 58 points in 33 matches. So, they should also be there in the hunt till the end.