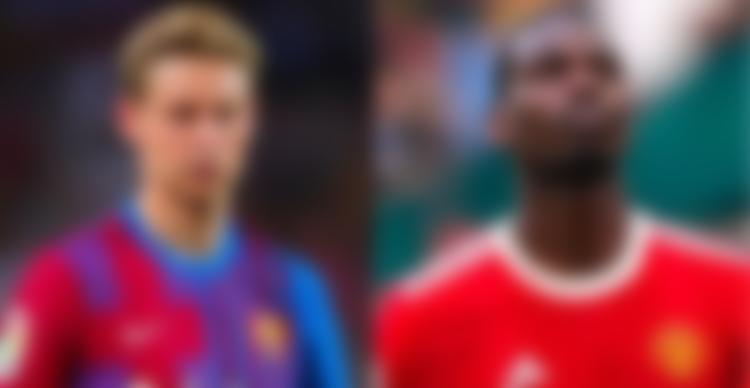 At long last, it is over. Paul Pogba, the man who was bought in the hope of resurrecting Manchester United from its dormancy, and making them a giant once again, departs. He will leave the club as a free agent for the second time in his career.

It is finally happening now, six years after he was signed on a world-record fee that made him the world’s most expensive player. He leaves Manchester United, arguably in a state that is worse than when he joined the club.

The Story That Is Doing The Rounds At Present

The Frenchman leaves Manchester United after playing 233 games for the team. His last appearance was in the game against Liverpool at Anfield. It was cut short after just 10 minutes due to a calf injury. While he was good in patches, he never was really able to influence the game in a manner he does so often for his country on an international level.

His constant flirtations with other clubs and the outspoken antics of his agent, the late Mino Raiola, led to friction between him and a majority of the fans. While he did win the Carabao and the Europa League in his first season, he could not really take Manchester United to greater heights.

Pogba scored 39 goals and assisted 51 times in his time at the club. His most notable performance came in the Manchester Derby in 2018. This was where he scored twice to lead the club to a 3-2 victory after being 2 goals down at half-time. It was a pity that he could not replicate the same form for the rest of his United career. He will be leaving the club once again with a big “what if?”

With Eric Ten Hag Coming In, He Would Want Some More Dutch Stars At Manchester United

To address the issue of Pogba’s departure from Manchester United, the club has already begun talks with Barcelona. This is in regards to signing Frenkie De Jong. The Dutchman is widely admired by new manager Erik Ten Hag.

He is on top of the list of priorities for Manchester United as far as a midfielder is concerned. While the player has made it clear that he doesn’t really want to leave the club, the Catalan giants will be willing to do business at the right price. Such is the financial crunch at the club.

With a debt of over €1.35b, the club desperately need to find cash from somewhere. That is, even if that means selling profitable assets. The lack of finances means that the club cannot register new signings. With deferred payment yet to be made for numerous players, the club will definitely listen to offers for the midfielder. This is irrespective of whether the player wants to stay or not.

Numerous sources also report that the deal has been going along in the advanced stages. This comes after reports emerged that the player is willing to move after an initial hesitancy that saw him reject the move. The player himself has remained coy on the subject. But the club has been pretty open about selling “assets” that are profitable. So expect a lot of movement in this space in the next couple of weeks.