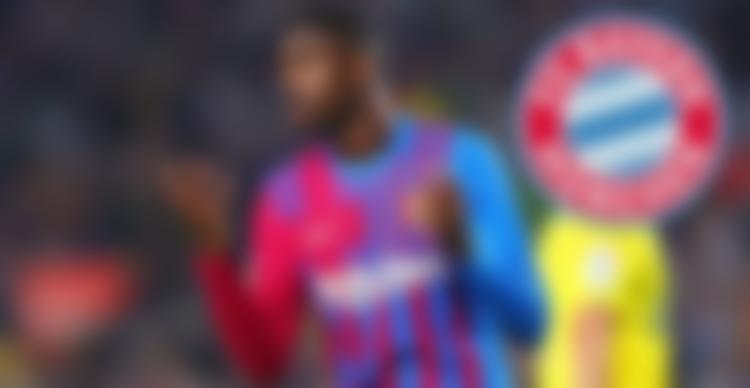 It seems that the Ousmane Dembele saga is still dragging on. The Frenchman is still stuck in a limbo, with his future still far from certain, and him not aware which club will he be playing his trade for next season. The Catalan giants have still not given him closure on which month will be the expiration of his contract, or whether he will renew the deal or not.

The mercurial Frenchman, Ousmane Dembele is adept at either foot and is a wanted man, with a lot of clubs circling around for his availability, notably Chelsea, whose manager Tuchel has worked with him in Dortmund, and PSG, who are now looking for pieces to complete their team around Mbappe. But in recent times, a new contender has joined the fray, and it is Bayern Munich.

Will Bayern Munich Sign Ousmane Dembele Or Will They Look For Alternatives?

According to reports from Sport1, which is a German channel, they believe that the club was approached by the representative of Ousmane Dembele a few days ago. This was in order to talk about the possibility of joining the German champions. But the deal is a tricky proposition from an economic standpoint.

With Ousmane Dembele only 24, he is asking for a rather substantial wage, and his injury record has not been the best in recent times, even though he did have a relatively healthy 2021-22 season. Plus, it is revealed that Bayern has other priorities they want to focus on first.

The first out of them is the renewal of star winger Serge Gnabry. The German star has been one of the key players in the side ever since his move to the Bavarian giants, and with his contract running out in 2023, manager Julian Nagelsmann has made it clear that he wants the player to stay at the club, and hence wants him to be tied down to an extension sooner rather than later, and this makes the signing of Dembele that much more complicated. Gnabry’s versatility also plays a key role in Nagelsmann’s philosophy, with him able to play as a striker as well.

The other reason is that they have already set their sights on RB Leipzig wide-man Christopher Nkunku. Nagelsmann is a huge admirer of the Frenchman, who has had one of his best seasons on a personal level and is considered to be one of the best young players across the continent. However, the winger prefers a return back to his former club PSG, for whom he played from 2015-to 2019. He still calls the place home and is more than happy to make a return there.

All this makes for a rather uncomfortable situation for Ousmane Dembele, who is desperate to play in a year where the world cup is just around the corner. Will he find a new club, or will he still be in limbo come next season? Only time will tell!!