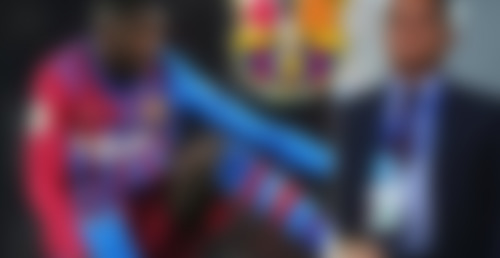 According to multiple reports, Ousmane Dembele has rejected Barcelona’s new contract offer and decided to leave the Nou Camp to pursue a move to Paris Saint Germain.

Ousmane Dembele’s current deal with the Barcelona is set to expire this summer and the Catalan giants have been working hard to secure the extension of the French winger. However, the demands of the player are very outrageous considering the financial situation of the club. Thus, the 24-year-old is said to have told the Barcelona board that he will not be accepting their final proposal.

The winger is set to leave the club after winning two La Liga titles, two Spanish cups and the Spanish Super Cup. He had arrived at the Nou Camp from Borussia Dortmund in 2017, as one of the most promising young talents in the world. Until now, he has made 143 appearances, scoring 32 goals for the Catalans.

According to AS, Ousmane Dembele has officially told the Barcelona board that he will not be signing a contract extension and instead will become a free agent. The winger had cost Barcelona an outrageous initial fee of £96 Million, and is now set to leave on a free transfer.

The report states that he has also packed up his belongings at his house in Spain and put the property on the market as he prepares for a potential move to the French capital, Paris.

There have been many reports stating that Kylian Mbappe is eager to see Ousmane Dembele play alongside him at Paris Saint Germain. The striker would like to see his international team-mate line up in PSG’s front three alongside himself and Lionel Messi.

As for Ousmane Dembele, he is not short of options. Alongside PSG, Bayern Munich and Chelsea are keen to bring the French winger to their squad.