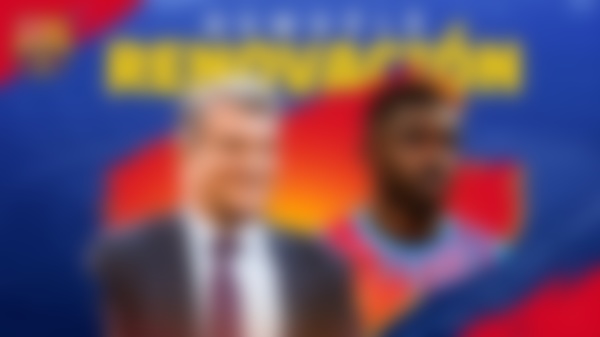 Ousmane Dembele has accepted Barcelona’s latest contract offer according to renowned journalist, Fabrizio Romano. The Frenchman has accepted a lower salary than he wanted and signed a two-year deal that will allow him to stay at the Nou Camp till the summer of 2024.

The French winger joined Barcelona in the summer of 2017, after he was one of Barcelona’s most expensive transfers. He was considered one of the hottest prospects in Europe as a young winger. However, he failed to replicate the form that earned him the move and never played the same kind of football that he had been at Borussia Dortmund. Injuries were a constant issue and he was unable to get a proper run of games in the first team.

This changed when Xavi Hernandez was appointed, however. The new Barcelona manager has been clear that the talented winger is an important player for his project and believes he has the potential to become one of the finest players in Europe. His support for the Frenchman has been crucial.

Barcelona’s proposed deal reportedly involves a large pay cut for the attacker, who was initially holding out a hefty salary, but is now willing to sign a two-year deal, where much of the value is going to be based on variables.

Relevo has recently offered a detailed insight into Barcelona’s proposed contract for Ousmane Dembele. It appears the deal includes a pay cut of up to 40%, which is quite significant, especially considering the Frenchman’s lucrative salary demands earlier this year.