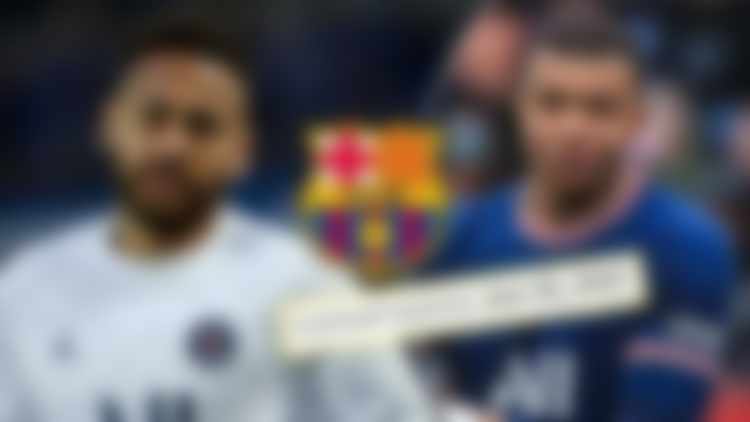 One of PSG’s promises towards Kylian Mbappe was that they would sell Neymar if the Frenchman agrees to extend his contract. Footmercato report that the Parisians have offered Neymar to multiple clubs in Europe, including Barcelona. This could line up a sensational comeback for the Brazilian superstar, back to the Nou Camp.

Diario Sport claim that the biggest impediment to a transfer going through is Neymar’s salary. The 30-year-old reportedly earns €30 Million per season at PSG, and has a contract until 2025. However, with such a bad financial situation, it is impossible for Barcelona to afford Neymar’s wages, unless he takes a massive pay cut to join the Catalans.

The Brazil international left the Nou Camp for the Parc des Princes back in the summer transfer window of 2017. The transfer fee was a record 220 Million Euros, which is still the highest transfer fee for an individual.

After Kylian Mbappe choosing to stay at PSG, the club now want to get Neymar Jr, off of the wage bill as they look to sign a new winger. It is also being reported that Neymar Jr. and Kylian Mbappe are not on the best terms and the striker wants PSG to get rid of the Brazilian.

Paris Saint Germain have offered Neymar Jr, to a number of clubs, including Barcelona. It would be a dream to see Neymar Jr. make a fairy tale comeback to the Nou Camp. However, the reality of this move is very unrealistic. Neymar’s salary – he earns close to £25 Million each year – makes any move away from PSG problematic.

The financial situation of Barcelona is actually very grim. The club needs to make a massive reduction in the wage bills in order to maintain Financial Fair play regulations. Apart from that, the club is crawling in debt. Thus, the massively high wages of Neymar are not even an option right now.