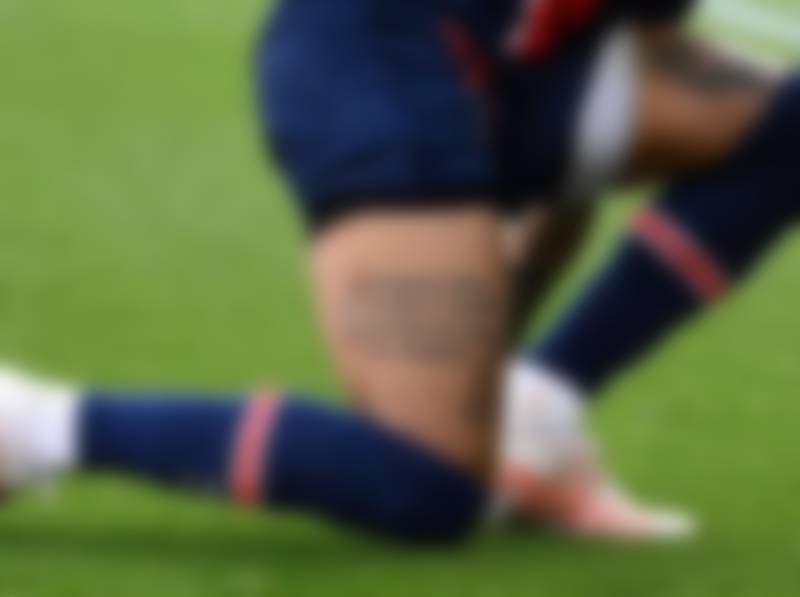 Before the match against Bayern in the Champions League quarter-finals, Neymar shared his tattoo. Many people think that the football player got himself a new tattoo, but the tattoo was filled on December 13 in 2020.
On his right thigh, Neymar stuffed a Portuguese quote that reads “People don’t understand how obsessed I am with winning.”

Neymar posted a photo with a tattoo on Instagram and got almost 2 million likes.

Recently, the media have often criticized Neymar. In 13 matches this season in Ligue 1, he has scored only 6 goals, but has already received two red cards. In particular, he was sent off for unsportsmanlike behavior in the last match lost against Lille (0: 1).

Today Neymar will play in the Champions League quarterfinals against Bayern Munich.

What other tattoos does Neymar have?

Neymar has over 30 tattoos. Each of them has its own meaning. Almost all of Neymar’s tattoos were filled by Adao Rosa, who is a football player’s tattoo artist.
There is a prayer on the football player’s chest, which is dedicated to his father Neymar Sr. The quote translates as “Any weapon, your tongue and ball, belongs to us and no one else.”
“We say this phrase before every match. I decided to make it on my chest out of love and respect for my father,” said Neymar.

On his neck, Neymar got a tattoo of the Roman numeral 4. The Roman numeral on the neck symbolizes Neymar’s family: his dad, mom, sister and himself. “This is my family. It’s four of us. We have a lot of stories together, so I have this tattoo, ”the footballer explained.

Neymar has a lot of tattoos. If you want, we will review all the tattoos of the Brazilian football player.