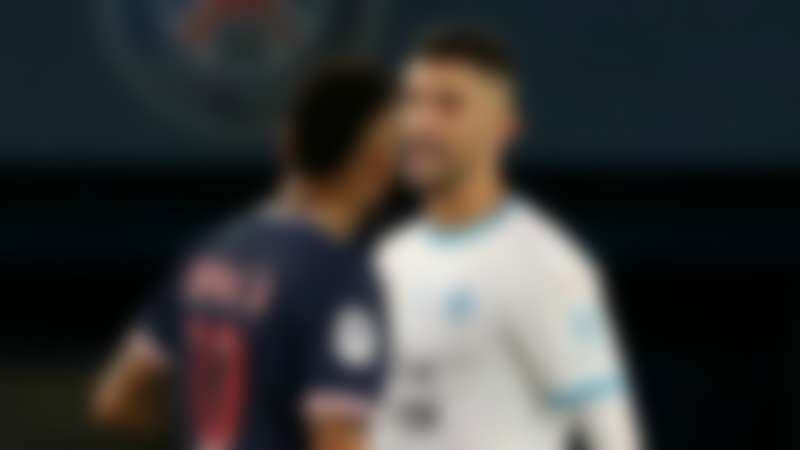 Neymar was furious after the match

Neymar has accused Marseille’s defender Alvaro Gonzalez of racially abusing him during the match. The Brazilian has accused the OM defender that he called him a “monkey”.

Tempers spilled over as five players were shown a red card in the 1-0 win for OM, including Neymar, who then fired off a series of tweets on Twitter, directly accusing his opponent and urging the authorities to use VAR to establish the facts around the incident.

PSG stars Leanardo Paredes, Layvin Kurzawa, along with Marseille’s Jordan Amavi and Dario Benedetto were all sent off during the game. The Brazilian was the fifth player to be shown a red card. VAR provided clear evidence of Neymar punching the head of Alvaro Gonzalez.

The Brazilian later accused the Spaniard of racism on Twitter.

“You are not a man to assume your mistake, losing is part of the sport.

“Now insulting and bringing racism into our lives no, I don’t agree. I DON’T RESPECT YOU! YOU HAVE NO CHARACTER!”

Earlier, Gonzalez had used the social media platform to clarify the incident and said that he did not use any racial slur at the Brazilian.

Gonzalez wrote: “There is no place for racism. Clean race and with many colleagues and friends daily. Sometimes you have to learn to lose and take it on the field. Incredible 3 points today.”

In response to the Spaniard’s tweet, Neymar directly hit him with the accusations.

In a separate tweet, Neymar also hit back at VAR footage, adding: “VAR catching my aggression is easy, now I want to see the (footage) of the (opponent), that’s what I want to see. What’s up.”