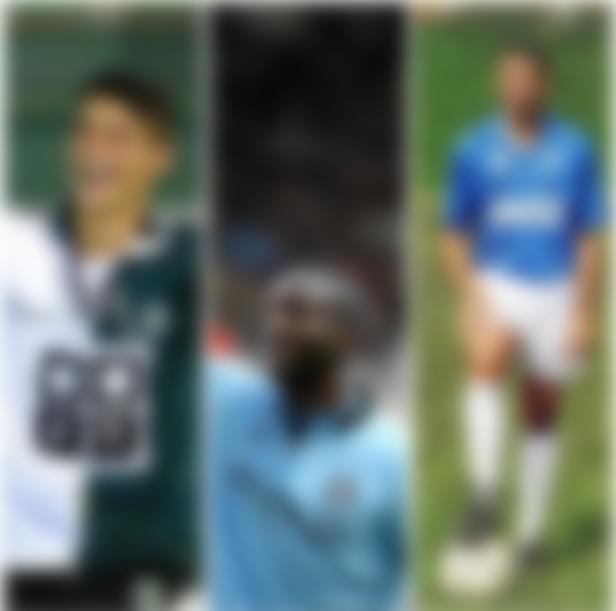 Football is the most democratic sport, everyone can play football. Life is sometimes unfair, someone is born in a rich family, and someone in a poor one. But thanks to football, people are changing their lives and fighting poverty. We have collected for you the top 10 footballers who were born into poor families.

Raheem was born in Jamaica, but after a while he emigrated with his family to England. Raheem’s family did not have a permanent place of residence and lived in poverty. But football saved Sterling. Sterling began his first steps in football at the West Ham Academy, but then moved to Liverpool. In Liverpool, Raheem became a star, and after a while he moved to Manchester City. Now the footballer is one of the highest paid players in the league and has no financial problems.

Robinho was born in a poor area of ​​the city of San Vicente. Many young people love from there connect their lives with crime and drugs, and only thanks to football, Robinho took a different path. The Robinho family lived very poorly, and the footballer had nutritional problems. Due to the fact that Robinho rarely ate, he had problems with physics. At one of the tournaments, Robinho showed himself very well and Pele noticed him. After that, her career began to develop. Robinho was called the second Pele, but he failed to realize his potential. Robinho was very talented, but he was lazy.

Angel Di Maria was born in the big Argentine city of Rosario, but the family had big money problems. Parents worked in a coal mine and earned very little. Like Robinho, Di Maria ate poorly, so he was very thin.

Angel began his football career in Rosario Central, and at the age of 19, Di Maria moved to Europe. After the footballer received his first salary, he bought a new house for his parents, and they quit hard work.

Roberto was born into a poor family. The family had big financial problems, so Carlos started working at the age of 12. The footballer worked in a factory, and at the same time played football with other workers. At one of the matches, the city club scouts noticed him and took him to watch. Roberto did not miss his chance and became a legend of world football. If not for football, Carlos would have remained a worker in the factory.

Luis Suarez was born into a large family that also had money problems. When Louis was 12 years old, his father left the family, leaving his mother with 7 children. Suarez’s mom worked as a cleaner and earned very little. There was very little money, so Suarez often played barefoot, he did not have boots.

But Suarez did not give up, constantly progressed and became a professional footballer. Luis is now the top scorer in Uruguay history and has won the Golden Boot 2 times.

Tevez probably had the most difficult childhood.  He was born in a very dangerous area of ​​Buenos Aires.  When Carlos was 6 months old, his mother left the family, and at the age of 6, his father was killed.  Carlos, his brother and sister were left without parents, and their aunt adopted them.  Aunt also lived very poorly, but did not abandon her nephews. Tevez could have become a gangster, but he chose the right path and became a football player.

If in the 90s, football was a salvation for South Americans, but in the 2000s, football helped Africans. After George Weah won the Ballon d’Or, Africans realized that football could fight poverty. Almost all African footballers had a difficult childhood. Wealthy Africans do not become footballers because they have everything and are not ready to play football all day. The Toure brothers grew up in a poor family with many children. They had no football boots and played barefoot. Kolo and YaYa spent the whole day on the football field and were able to become professional footballers. They had a difficult path, but they did not give up and fulfilled their dream.

Ronaldo was so talented that at an early age he was noticed by the Flamengo scouts and invited to watch. The club’s academy was located on the other side of the city, and the family could not pay for the fare. That was how poor the Ronaldo family was. The phenomenon could not get on screening, so he was forced to go to the nearest football school, which was not famous. Ronaldo went to training on foot, because there was only enough money for food. At the age of 17, Cruzeiro signed the football player, and after that he became a legend of world football.

“I once cried because I had no shoes to play soccer, but one day, I met a man who had no feet.” This is Zidane’s most famous quote. Zidane’s parents are immigrants from Algeria. They moved to France for a better life, but in the new country, they lived very poorly. Zidane was born in France and spent all his time on the streets of Marseille. After he got into the Caen football academy, and since then his career began. A huge role in Zidane’s life was played by his wife, thanks to her Zinedine ended his street life.

Ronaldo was born in Madeira. The mother worked in the canteen, and the father used to strip bushes. Ronaldo was the fourth child in the family, so the parents wanted to have an abortion, because it was very difficult to support four children. But the parents decided to leave the child, and the world received one of the best footballers in the history of football. Ronaldo had a difficult childhood, he had a difficult character and was not liked by his peers. But thanks to his hard work, Ronaldo has achieved success.