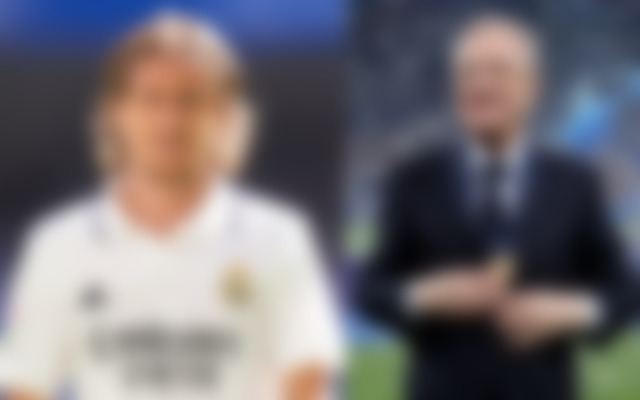 Lovro Majer, a 24-year-old midfielder for Stade Rennais, has been linked to a transfer to La Liga powerhouse Real Madrid as a potential successor for Luka Modric

Fichajes, a Spanish news website, claims that Real Madrid is interested in signing forward Lovro Majer. The 24-year-old midfielder from Stade Rennais is being eyed by the La Liga winners as a potential long-term replacement for fellow countryman Luka Modric.

Before making his mark with Dinamo Zagreb, Lovro Majer honed his skills in and around his birthplace. However, the Croat has become a major figure after relocating to France and signing for Stade Rennais in August of 2021. And in the previous 18 months, he has been crucial for the team in Ligue 1.

With over 100 appearances for Rennes, the 24-year-old has contributed 19 goals and 25 assists. Simultaneously, Majer has firmly planted himself in the Croatian national squad and is presently in Qatar for the 2022 FIFA World Cup. And Real Madrid has taken notice of the player’s development.

For a while now, Real Madrid has been keeping an eye on Majer. The fact that Luka Modric is getting older has sparked interest in him. The Croatian midfielder has been an integral part of Los Blancos’ success for almost a decade now. But his illustrious career is winding down, and he plans to retire shortly.

Consequently, it would be foolish for Real Madrid to be equipped for Modric’s retirement soon. This has resulted in the Merengues’ interest in several midfielders, including American star Jude Bellingham. However, with reports indicating that Liverpool has the upper hand in signing the English international, Real Madrid will need to make preparations for the possibility that they will not sign anyone.

Since the current La Liga champions see Majer as a suitable replacement for Modric, he is a realistic transfer target. And Real Madrid isn’t the only big club that will be after him. According to the rumour mill, Bayern Munich and Atletico Madrid are also interested in signing the 24-year-old.

If Bellingham does not end up at the Santiago Bernabeu, then a move for Majer could be on the table. Meanwhile, if Modric signs an extension, Real Madrid might not have to bring in the 24-year-old after all. It remains to be seen whether the Croatian midfielder becomes a top target for Los Blancos.