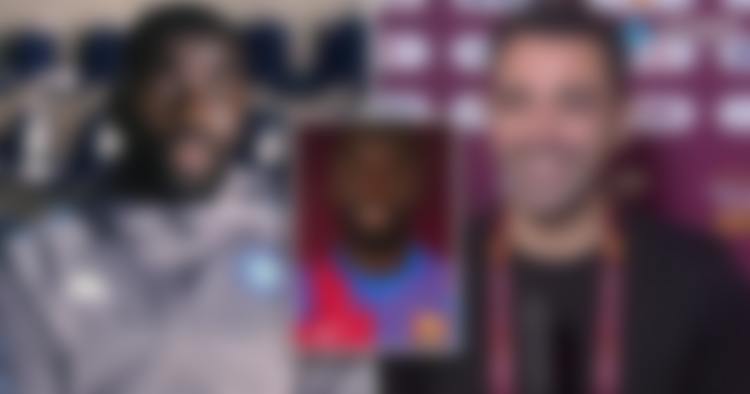 Kalidou Koulibaly is reportedly on his way to join Barcelona this summer. According to several reports, the experienced defender considers his time at SSC Napoli to be over. Many of the world’s most prestigious clubs are on high alert, but he may decide to join Barcelona.

Koulibaly has been linked with a transfer away from Napoli multiple times in the past, but any such deal has always been thwarted by club president Aurelio De Laurentiis’ extortionate financial demands.

According to Sky Sport (h/t SPORT), Koulibaly will leave Napoli at the end of the current season since he refuses to sign a new deal at the Diego Armando Maradona Stadium.

The 30-year-old has been a Napoli player since 2014 and has established himself as one of Europe’s finest center-backs, consistently putting up top-notch performances for the Partenopei. However, Kalidou Koulibaly’s time at Napoli might be coming to an end as the defender’s contract enters the final year.

According to Diario Sport, the center-back currently prioritizes joining Barcelona. There is also interest from Juventus, Chelsea, and Tottenham Hotspur.

Barcelona have not made an offer for the 30-year-old yet. They are waiting for Napoli’s decision since Koulibaly’s current deal only expires in 2023.

Koulibaly is entering the final year of his contract and will be available for free next season unless Napoli sells him immediately to avoid a situation like this. As a result, the 30-year-old may be offered for a reasonable price.

Given the club’s financial constraints and their desire to sign Robert Lewandowski first, it remains to be seen if Barcelona will be prepared to pay close to €30 million on Koulibaly this summer.

Another defender, Sevilla’s Jules Koundé, is said to have piqued Xavi’s interest. However, his asking price is rumored to be over 65 million euros, which is more than the Blaugrana can afford. So ultimately, Kalidou Koulibaly is a better and cheaper alternative to Koundé.

If Barcelona’s defenders (Samuel Umtiti and Clément Lenglet) are sold, Kalidou Koulibaly may cost roughly £ 35 million and be a better option.

It will all come down to how Barcelona deal with their transfer business this summer. The outgoings will decide the incoming for the Spanish giants.