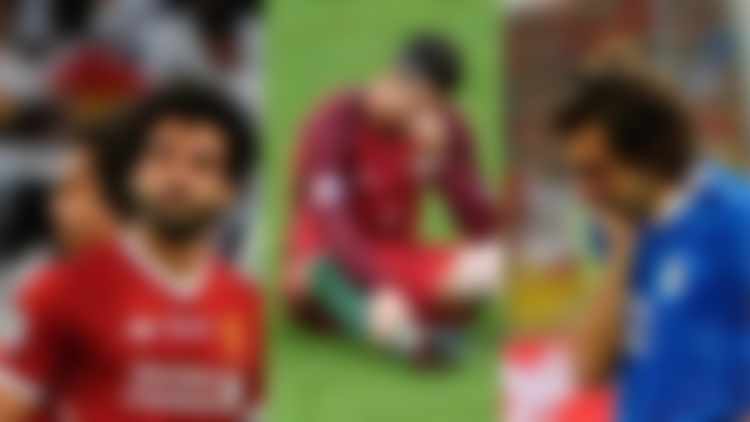 Football is a beautiful game – it has its fair share of celebrations and emotional moments. Fans are undeniably emotionally invested in their teams; they enthusiastically support them and participate in bizarre customs to build team spirit. The sport has its highs and lows, and when a team loses, it can even make adult men cry like infants. Some losses are agonizing for players and supporters, and they are frequently reduced to tears. This is why we are going to take a look at the most emotional moments in football history.

Sometimes, when all parties involved, most notably the supporters, have given up, certain teams may make a comeback, or they can lose a player or a great player, which is a natural life occurrence, but the circumstances can be so stressful that they can shake the whole football world.

To be perfectly honest, you couldn’t be any more sympathetic with your players. Seeing them put up all of their effort to win a game — dribbling, being fouled, being carded, and so on – only to get thrashed due to a few moments of a mistake on the part of one or more of their teammates. How much more so if they come back to win a game they weren’t supposed to win?

There have been several instances that have caused football players and fans all across the world to cry, but we will be taking a look at the top 10 most emotional moments in football history. Let’s get started, shall we?

After all other African nations were eliminated, the whole African continent pinned its hopes on Ghana reaching the World Cup Semi-Finals in 2010. The Black Stars of Ghana scored first, but it was equalized, forcing the game to penalties.

The ambition of seeing the first African team in the semi-finals was dashed when Uruguay scored 4-2 during the penalty shootout. It was made much more tragic by the fact that the 2010 World Cup was staged in South Africa. Ghana’s loss in the quarter-final of the World Cup is one of the most emotional moments in football history.

Despite the fact that “The Architect,” as he was known, was one of the most gifted playmakers of his period, winning nearly every trophy available at the highest level, he was only short-changed once — in the European Championships.

Pirlo was noted for his spectacular performances in the 2012 iteration of the tournament, receiving 3 Man of the Match honors during Italy’s journey to the final. In the tournament’s semi-final, he even single-handedly demolished England. Without any doubt, Pirlo was the best midfielder of his time and nobody came close to stealing that title.

Unfortunately, his skill failed to aid his country’s cause in the final, where he had a chance to add another prize to his trophy case, as they were defeated 4 nil by the Spanish side. Pirlo cried loudly into his hands at the end of the show because it was too emotional for him. Some of his followers are still disturbed by the vision. Andrea Pirlo crying at the Euros 2012 final will always be one of the sad emotional moments in football.

After this terrible setback, Mario Balotelli’s expression was obviously upset, and tears flowed down his cheeks. Mario scored a goal in Italy’s semi-final victory over Germany.

Fans in Italy expected at least one goal from Italian players, particularly Mario. Mario and his colleagues endured a grueling 90 minutes, and by the time the final whistle blew, the Italian squad had been down to ten members after one player suffered a horrific injury. After a heartbreaking loss in one of their most important competitions, the whole Italian squad was in tears. Italy’s loss to Spain in Euros 2012 was one of the most emotional moments in football history, especially for the Italian supporters.

After Emiliano Sala died in a plane disaster, the football community came together to commemorate his life. Sala, who was 28 years old, was flying from Nantes to Cardiff City when the plane vanished. Later, he was discovered dead.

Nantes’ players donned black jerseys with the name ‘sala’ on the back of their first home game, paying passionate respect to Sala. To commemorate Sala’s life and legacy in Nantes, fans held number 9 and Sala’s photo. Fans’ tribute to Emiliano Sala is one of the emotional football moments that will make you cry.

Next up in the best emotional football moments, we have the final of the World Cup in 2014. The World Cup final is a very emotional event. Because the entire world is watching, the stakes are great. The 11 players have the aspirations of an entire nation on their shoulders.

After fighting hard against Germany in the 2014 World Cup, Argentinian players couldn’t hold back their emotions. Argentina’s World Cup hopes were dashed when Germany’s Mario Gotze scored in the 113th minute. Argentina was coming to terms with the setback while Germany’s side was sobbing tears of joy. Joy and agony were really tangible after the final whistle. It was one of the most emotional moments in football history.

When Liverpool went behind 3-0 to AC Milan before the halftime whistle, it appeared like the 2005 Champions League title was out of reach.

Milan went into the locker room with the victory all but won, thanks to two goals from Argentine Hernan Crespo and a surprise strike from famous defender Paolo Maldini.

Even the most ardent and upbeat Liverpool fans assumed that the Champions League would be moving to Italy. But no one expected one of the most emotional moments in football history that was about to occur.

One of the most spectacular comebacks in football history was capped off with goals from Steven Gerrard, Xabi Alonso, and Vladimir Smicer. The audience at Istanbul’s Ataturk Stadium was stunned; Liverpool fans were ecstatic, while Milan fans were deafeningly quiet.

Liverpool would go on to win the trophy as Jerzy Dudek led his team to a dramatic 3-2 penalty shootout triumph. Liverpool’s triumph over AC Milan in the Champions League final is definitely one of the most beautiful emotional football moments.

Mohamed Salah’s hopes of winning a sixth European Cup were crushed 30 minutes into the 2018 Champions League Final when he slipped and seriously injured his shoulder. Salah was the favorite of the crowd. Liverpool had little chance of winning once he was hurt.

A heartbroken Salah wept his tears as he exited the ground, knowing he had let his team and fans down. But it wasn’t his fault really. It was more of a fault of Madrid’s captain Ramos who didn’t even get a yellow card.

Liverpool were defeated 3-1, and Salah was forced to miss the first match of the 2018 World Cup in Russia due to injury. Salah crying in the champions league final is one of the most emotional moments in football history.

Continuing with the list of the most beautiful emotional football moments. Here’s where we have to confront the harsh reality. Given the number of tears he has shed on the field, Cristiano Ronaldo is an extremely emotional football player. Along with winning trophies, dribbling, scoring, and smiling for the cameras, he’s also adept at crying — on both happy and sad occasions.

When Manchester United lost the 2005 FA Cup final, he sobbed excessively. He cried joyous tears after United won the UEFA Champions League in 2008 after overcoming Premier League rivals Chelsea in a penalty shootout, and he cried again when he won the Balon d’Or in 2013.

When he was barely 19 years old, he had one of his most famous teary moments. He’d recently finished second in the 2004 European Championships, losing to Greece. Even the greatest football players can’t hold back their tears. It was one of the most emotional moments in football.

For the host nation, missing out on winning the World Cup is always a disappointment. Brazil produced one of the most emotional moments in football history in the 2014 World Cup.

Brazil’s massive mistake was made all the more painful by the fact that they were eliminated from the semi-finals after a crushing 7-1 loss to Germany.

It was a smack in the face for the entire group, which was already under a lot of strain going into the competition. That year, home fans anticipated the hosts to win their sixth World Cup.

In the semi-finals, though, Germany thoroughly demolished every single Brazilian player. It was undoubtedly the lowest point in Brazilian football history, and it will be remembered for a long time.

After the game, the players were in tears, with stars like David Luiz expressing public apologies. Even the Brazilian supporters in the crowd were shedding tears at the humiliation of their nation. Brazil’s loss to Germany in the 2014 World Cup is one of the emotional football moments that will make you cry.

What could be more painful than losing a loved one? Dani Jarque, the captain of Espanyol and a long-time friend of Andre Iniesta, died in 2007 after suffering heart arrest during a pre-season training session. This was excruciatingly painful, and it had a big impact on Iniesta’s performance throughout the season.

Three years later, in the 2010 FIFA World Cup final, the Spaniard scored the game-winning goal in a 1-0 victory over the Netherlands, giving Spain its first-ever World Cup triumph. During the raucous celebration, Iniesta took off his jersey to reveal a message for his buddy Dani Jarque, which read: “Dani Jarque: Siempre con Nosotros,” which translates to “Dani Jarque: Always with Us.”

Iniesta’s dedication to his buddy landed him a contract, but it couldn’t have come at a better time. The referee, though, was unmoved by Iniesta’s gesture and problematically penalized him – not that anyone cared, anyway. Andres Iniesta’s winning goal in the 2010 World Cup is one of the most emotional moments in football history.