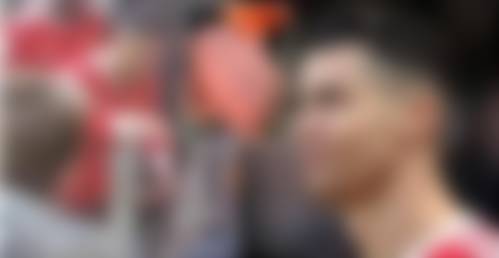 The Mom of the 14-year-old boy who Cristiano Ronaldo allegedly ‘assaulted’ at Goodison Park after the game against Everton by smashing a phone out of his hand has declined the Manchester United star’s invitation to Old Trafford.

Sarah Kelly, from Wirral in England, took her 14-year-old autistic son Jake Harding to Goodison Park on Saturday for the first time as Everton beat Manchester United. Jake was filming the Manchester United players leaving the pitch at full-time after they lost when Ronaldo swiped at the mobile phone out of his hand, injuring the kid in the process. The video of the incident has been circling all over the internet and has gone viral.

Sarah told the media outlet, Liverpool Echo that the phone belonged to Jake and said that Cristiano Ronaldo ‘assaulted’ him, and ended up bruising his hand, by knocking the phone to the floor.

Merseyside Police are looking into the incident and have appealed for more information on the matter. However, it does not look like the star striker will be punished for his action.

According to Sarah, she has been contacted by Manchester United as well as a representative of Cristiano Ronaldo but is not satisfied with the response from both of them.

“United have handled it terribly and it’s just made things even worse, to be honest,” she said.

Cristiano Ronaldo has issued a public apology, calling his actions unacceptable. As a sign of goodwill, he invited Jack to Old Trafford.

After the incident, C. Ronaldo posted a public apology on an Instagram post. He apologized for his actions and blamed his emotions at the time misjudged the situation. The Man United star invited Jack to Old Trafford to meet in person.

However, Sarah did not take kindly to this gesture. She said: ‘The way I see it is, if someone assaulted him in the street and then asked us to go around for dinner, we wouldn’t.”

“Just because he’s Cristiano Ronaldo, why would we do it? It’s like we owe him a favour, but I’m sorry, we don’t.”