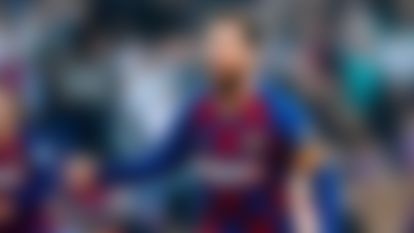 Lionel Messi, one of the greatest football players to ever exist, is an expert when it comes to taking penalties. The superstar is trusted with taking penalties for his club, FC Barcelona as well as for his country Argentina.

The FC Barcelona club legend has taken 97 penalties for the club. He managed to score 75 goals out of the 95 penalties that he took.

The Argentine superstar has taken 19 penalties for his national team. Out of the 19, he managed to score 15 goals.

Leo Messi has missed a few penalties at the big stage. This led his team to defeat.

Lionel Messi missed a penalty in the 2012 Champions League semi-final against Chelsea. Just three minutes into the second half, FC Barcelona won a penalty. Messi stepped up to take the penalty but failed to score. He hit the crossbar. FC Barcelona ended up losing the match and was out of the competition.

Against Celta Vigo in 2016, Lionel Messi stepped up to the penalty spot, seemingly complete his brace from the spot. However, he passed the ball to Luis Suárez, who scored easily with the goalkeeper baffled.

This turned out to be one of the most famous penalties in the history of the game.