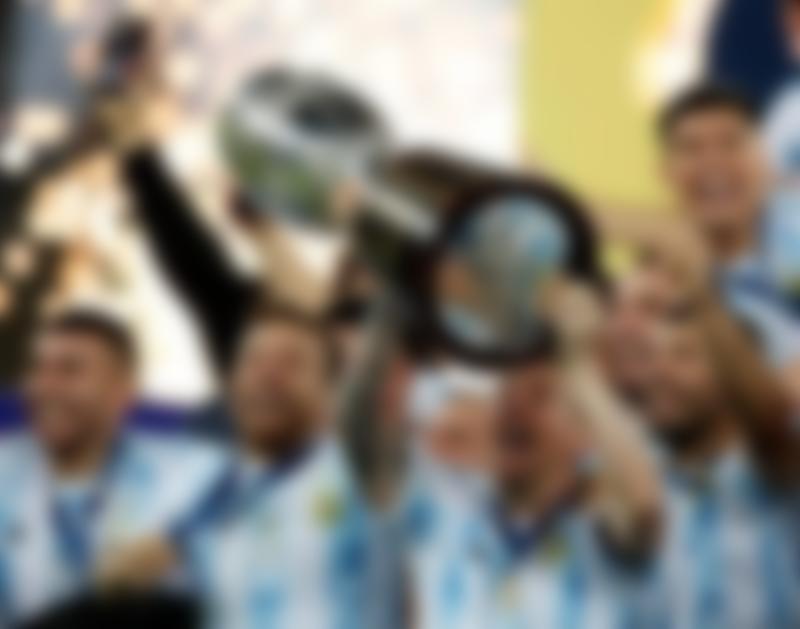 Leo Messi finally wins Copa America. Lionel Messi’s long-awaited international trophy has come home to him. The one missing piece in his career has been won. The wait is finally over for Argentina, as they beat their arch-rivals Brazil with a scoreline of 1-0. This is Argentina’s first Copa America title since 1993.

Argentina started the match with only one thing in mind. The goal was to win Copa America no matter what it takes. Angel di Maria gave Argentina the lead in the 22nd minute of the game. The assist was given by Rodrigo de Paul. The PSG winger lobbed the ball over Brazil’s goalkeeper in a cool fashion. Angel di Maria’s goal proved to be decisive as Argentina was successfully able to defend their precious lead and finally win the tournament.

The final whistle blew, and a tearful Lionel Messi fell down to his knees who was mobbed by his Argentinian teammates as they went to celebrate with their fans within the stadium. Lionel Messi finally wins Copa America and the victory also ends the 28-year wait for this great footballing nation.

The host nation put on a show in the second half of the game as they continued to apply pressure against Argentina. At one point in the game, Brazil had five strikers on the pitch but even then Brazil was unable to find gaps between Argentinian defence. Richarlison thought he had equalized shortly into the second period however, his goal was choked out for being offside. Argentina’s defence was protected by their holding midfielder Rodrigo de Paul, who had a stellar performance in the final.

Leo Messi ended the tournament as the joint top-scorer and ultimately sharing the Player of the Tournament trophy with Brazil’s Neymar Jr. But in fact, Messi was quiet throughout the game and uncharacteristically missed a golden opportunity to wrap up the final with just two minutes remaining.

After being picked out by De Paul, Messi had the ball and therefore the game at his feet within the six-yard area, but seemed to lose his footing, and Ederson instantly choked the opening. Fortunately for him, Brazil was unable to take advantage of the miss, despite five minutes of your time added on at the top.

The same can be said for Brazil’s talisman Neymar Jr who was left in tears after the final whistle. Neymar played central to his team’s play but was unable to break down Argentina’s solid and stubborn defence.

So finally, Messi wins Copa America after waiting for so long. The victory also caps an interesting comeback on the international scene for Messi. He was so disappointed at losing to Chile on penalties during the Copa America final of 2016. Just as he had done a year before, that he retired from international football.

He changed his mind a couple of weeks later and helped drag an inconsistent Argentina to the FIFA World Cup finals in Russia. They were once more crushed by eventual champions France within the last 16.

Messi did not score within the knockout stages of the FIFA World Cup for the fourth time running, raising even more questions on his place in the all-time greats list. But with this victory, all those doubts have finally been rubbed out for good.

During the trophy presentation, Lionel Messi dedicated this victory to the Late Argentinian footballing legend Diego Maradona, who unfortunately passed away this year.

‘I can’t cry yet,’ Di Maria said after the match. ‘We dreamed of getting this, and we fought. Many people criticized us and asked us not to come back (to the national team).’

‘This is a very big title,’ Argentina’s manager Scaloni said. ‘I hope that Argentines can enjoy it. The fans love the team unconditionally and I think they identify with this side that never drops its guard.’

Leo Messi wins Copa America – what’s next for him?

Lionel Messi finally won the trophy he always wanted with Argentina. Now it is time to celebrate for Leo, then he will sign a new contract with Barcelona. Confirmed. According to Fabrizio Romano:

“The agreement is considered ‘not in doubt’ by Barça board, just a matter of days to resolve the situation from a financial point of view then Messi’s contract extension until June 2023 will be officially announced.”

Rodrigo de Paul to Atletico Madrid is also confirmed. The Argentinian has been incredible again in the final: congrats to Atletico Madrid as they signed de Paul one month ago from Udinese. According to Fabrizio Romano, the deal was completed for €35m as a final fee. Rodrigo de Paul will sign as the new Atléti player in the next few days until June 2026 after medicals to be completed in Spain. The official announcement is almost ready. Diego Simeone is waiting for him to be announced as soon as possible.