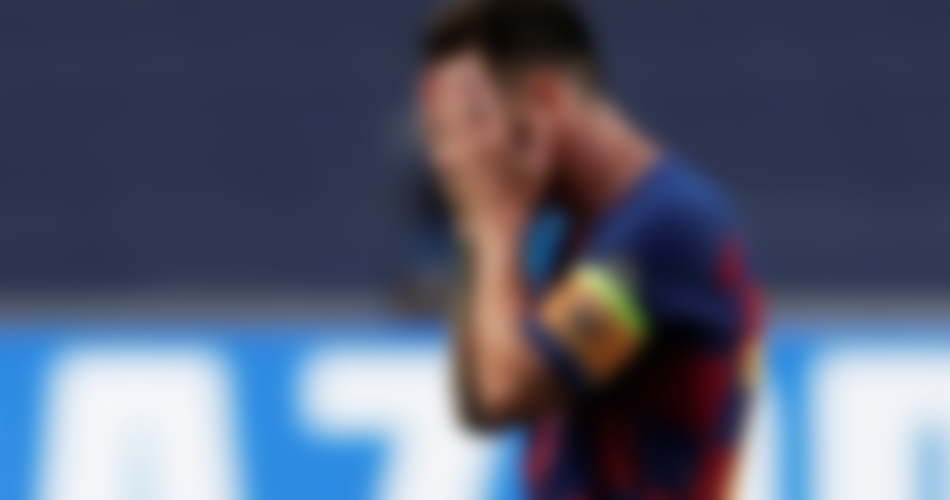 For a couple of years now, people have been asking the same question: Will Lionel Messi quit Barcelona? In the light of the 8-2 thrashing of Barcelona by Bayern Munich, the question has resurfaced again?

Messi’s contract with Barcelona is set to expire at the end of next season. Additionally, Messi has the right to terminate his contract at the end of every season. So, it is time for Messi to start thinking of his future elsewhere than the club?

Rio Ferdinand believes that Messi must be asking this question to himself after their UCL knockout.

“The question is what is Messi thinking? What is he thinking going home tonight?” Ferdinand said on BT Sport.

“The level of performances that club has given and how the squad is looking at the moment in comparison to other teams around Europe. That’s the big question he will be thinking about.

“Has he got the time to sit there and wait? Football comes and goes very quickly in your life so these next two years, where he is going to have power to influence games the way he does.

“Is he going to want to do that not competing for the big titles? I don’t know.”

Since Barcelona won the Champions League in the 2014/15 season, they have failed to attain the pinnacle of European club football again, while their arch-rivals Real Madrid went on to claim the title for 3 seasons in a row. This year, they have failed even at the domestic level, losing out the league title to Real Madrid.

A New Low for Barcelona

Just as Gerard Pique reflected after the match: “We have hit rock bottom now”, this is the lowest Barcelona have ever been. Even though they have tried rebuilding the squad after the departure of Xavi and Iniesta, the signings have failed to live up to their price tags.

Big-money signings like Ousmane Dembele, Antoine Griezmann, Philippe Coutinho have failed to live up to expectations in Barcelona shirt. Coutinho added salt to the wound by rounding off the scoreline to inflict a new low since the 1940s. This is the first time since 1940 that Barcelona have conceded eight goals in a match.

Barcelona president Josep Maria Bartomeu said that changes will be made.

“It has been a very, very tough night. I am sorry for the Barca fans and members, for the players … For everyone,” Bartomeu told Movistar+. “We were not the club that we represent, I am so sorry.”

“There are some decisions that we had already made, and others that we will make over the next few days. Announcements will be made from next week, we need to make decisions after things have calmed down.”

Messi is not getting any younger. He will need the support of his teammates more than ever. But the club has failed to act decisively until now. How the club responds to this downfall will be very crucial in deciding Messi’s future at the club.