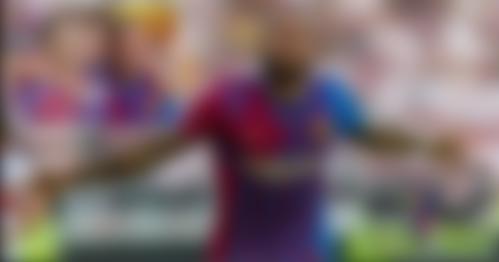 Memphis Depay continued his brilliant start at his new club FC Barcelona by scoring his second goal in two games during Saturday’s pre-season friendly against Stuttgart.

The Dutch forward was recently signed on a free transfer from Lyon during the summer. Depay opened his account for Barcelona when he came off the bench and scored a penalty in the 3-1 victory over Girona in a pre-season friendly.

On Saturday, Memphis Depay was handed his first start for FC Barcelona against Stuttgart and opened the scoring in the 21st minute.

Depay brought down a lofted pass with a sensational touch and turned inside to dribble past a player before firing a volley past Stuttgart goalkeeper Fabian Bredlow.

Apart from the star performance of Depay, a couple of other youngsters also gave incredible performances. Austrian starlet Yusuf Demir, signed on a season-long loan from Rapid Vienna, doubled Barcelona’s lead in the 36th minute. Then, the La Masia graduate midfielder Riqui Puig slotted home the third in the 74th minute.

Barcelona have certainly improved their attacking options as well as the depth in the midfield this season. However, it is yet to be seen how their defense holds up during the season.