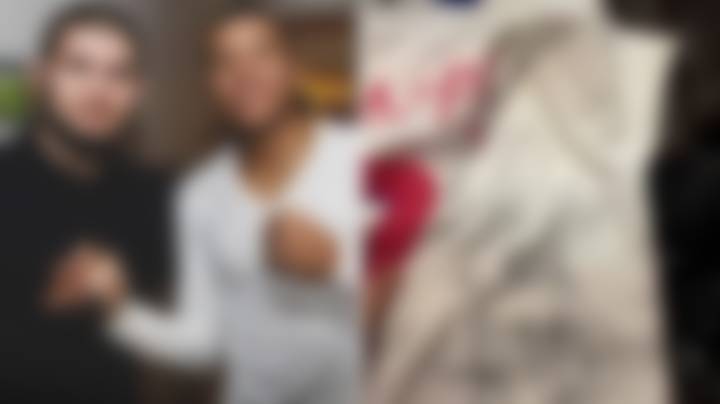 Khabib Nurmagomedov was at the Nou Camp attending the Champions League tie between Paris Saint German and FC Barcelona. The UFC lightweight champion did not go home empty-handed. He went home with an incredible gift to remember the night.

On Tuesday night, the Ligue 1 side Paris Saint Germain dropped a masterclass against the Spanish giants FC Barcelona in their Round of 16 clash. The immensely talented Kylian Mbappe was rampaging during the match. The French striker scored a hat-trick as his side beat the Catalans 4-1. Kylian Mbappe was the center of attention and the star of the match. This was no doubt, one of his finest performances in a PSG shirt.

Mbappe looked delighted after the final whistle. He took home the Man of the Match award and the match ball.

Later, the French striker bumped into the UFC champion after the match, where they exchanged words. Mbappe also signed and handed over his match worn shirt to the Russian legendary fighter as a generous gesture.

It was a very good night for the French striker. He not only scored a hat-trick at the biggest stage of them all, but also got a picture with Russian legend Khabib Nurmagomedov. Khabib is a massive Real Madrid fan, and he was not shy to share the fact that he was supporting PSG against Barcelona, Real Madrid’s biggest rivals.

It was an eventful evening for Khabib, who also recorded an Instagram live prior to the Champions League clash, where he urged UFC president Dana White to host an event in front of 100,000 fans.

Recently, Khabib has been linking up with many footballers. He was seen on an Instagram live with Cristiano Ronaldo. He also jokingly teased his introduction to the footballing world.

Would you like to see Khabib on a football pitch? Let us know.