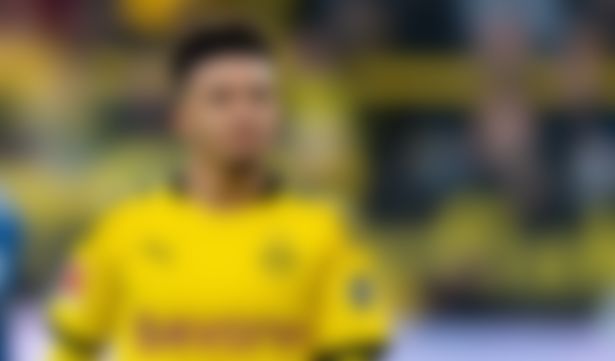 Borussia Dortmund trolled Manchester United over their pursuit of winger Jadon Sancho. The German club posted a picture of the winger smiling with a caption “You love to see it” on Twitter.

It is clear that this point that Manchester United are trying hard to bring the English winger back to Manchester. However, Dortmund are adamant that they won’t play it easy to let their prized asset go. They are reportedly asking for a fee of around €120 million (£108m/$142m) for the 20-year-old winger. BVB sporting director Michael Zorc went as far as confirming that Sancho will play with Dortmund for the 2020/21 season.

“Jadon Sancho will play with us next season,” he said. “The decision is final. I think that answers all the questions.

“Last summer we adjusted Jadon’s salary to match the development of his performances. So in context, we had already extended his contract until 2023 back then.”

It was reported that the German club had given United a deadline until August 10 to get the deal done. However, with no progress made until the given deadline, Dortmund decided to take toll United through their Twitter account.

You love to see it 😁 pic.twitter.com/RK0rFmngyt

But this is surely not the end of the Sancho saga. United have not yet given up hope on signing the winger. However, Dortmund’s fee demand and Sancho’s wage demand could be a huge stumbling block for any such move, and United might be forced to look elsewhere for a right-winger.

United have already paid the price in the past by providing huge wages to a player. Alexis Sanchez’s £560,000-a-week wages made it difficult for them to offload the Chilean and United had to further make payments to Sanchez to rip off his contract. Also, United do not want to destabilize the players’ stability by providing a new player monumental wages. Bayern’s Kingsley Coman is seen as a cheaper alternative if the deal for Sancho doesn’t go through.

Sancho delivered magnificent performances on a number of occasions for Dortmund in the 2019/20 season. He provided 17 goals and 17 assists in 32 league games. Whether or not United make a move for the player, his stock will continue to rise in the years to come.