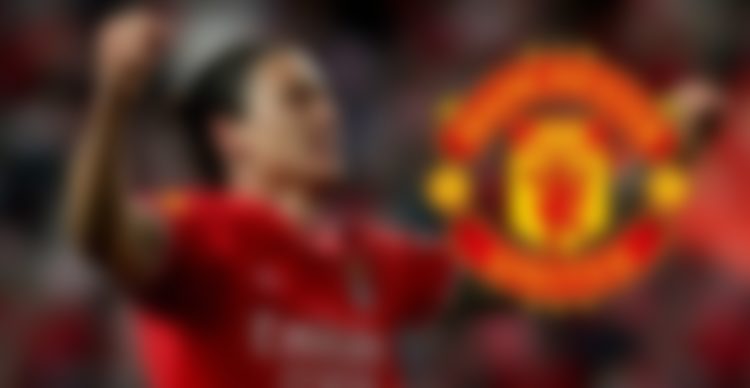 Manchester United are a club that needs a wholesale reshuffle of its squad. While new Manager Erik ten hag has made it clear that he will make the final decisions for the squad after his own thorough analysis, the club is in dire need of an “open-heart surgery”, in the words of former interim boss Ralf Rangnick.

With a host of departures already announced by the club, including the high-profile exit of Paul Pogba, the Red Devils are currently in the market for a defensive midfielder, a striker and a couple of defenders as well. And one of the leading targets in the club’s quest for a striker is Benfica hitman Darwin Nunez.

The young Uruguayan has been on an absolute roll this season. He has taken the entire continent by storm with his sensational performances in Portugal, as well as Europe. Nunez has scored 34 times this season, including goals against Barcelona as well as Liverpool. Manchester United are keen on signing him too.

His performances have made many clubs sit up and take notice of him, with a host of clubs vying for his signature, now that Erling Haaland has been snapped up by Manchester City. The likes of Liverpool, Atletico Madrid, and even Newcastle United are the clubs vying for his services, but it seems like Manchester United has stolen the march on all of them.

Manchester United has already begun negotiations with the Portuguese club. The Red Devils sent in an opening offer that includes £64m, and £17m bonuses, plus Andreas Pereira, in a deal that comes up to the figure of close to £89m. Erik Ten hag is a huge admirer of the Uruguayan, and with the positive recommendation of outgoing striker Edinson Cavani, who also happens to be Nunez’s international teammate, the club is convinced that he is the striker for the new rebuild of the club.

But Benfica has thrown a scanner in the works of this deal, with noted Portuguese journalist Paolo Catarro revealing that the club has rejected the initial offer of Manchester United. The club are stating that they need more outright cash in this deal.

“Benfica has already told those responsible at United that the deal requires more money. Ultimately a bonus package can be included but involving players such as Andreas Pereira would be difficult.”

Benfica has also stated that Darwin Nunez can become a United player if they raise the offer by just £8.5m. Now, this becomes key because United are in fire need of a striker, with most of the back-ups either out of the club or woefully out of form, and the club is very aware of the fact that they cannot expect a 37-year-old Cristiano Ronaldo to shoulder the burden of scoring the goals, in spite of his excellent personal season that’s been him score 24 goals last season for the club.

Will United stump up the cash required to get their man, or will they look for another alternative in the market?. With time running out fast, the hierarchy around Old Trafford will need to make a decision sooner rather than later.