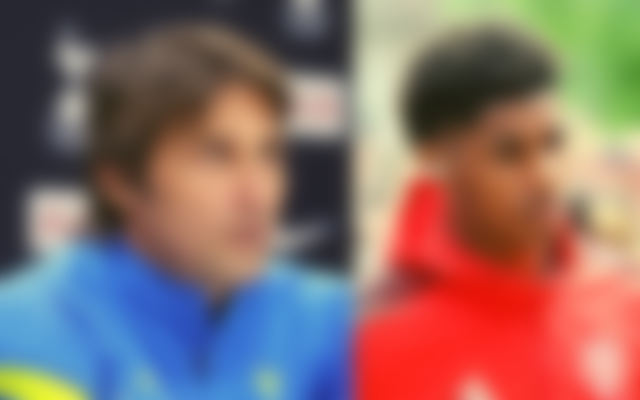 According to reports in The Times, Manchester United has rejected an offer from Tottenham Hotspur to capture Marcus Rashford during this summer’s transfer window. Rashford seems to be a good match for the role of a flexible attacker that Spurs are looking to fill. This requires the ability to play in a variety of positions throughout the frontline.

Since bursting onto the scene for Manchester United as an 18-year-old in the 2015/16 season, the England international has had his worst season in a Manchester United jersey in 2021/22. Rashford scored five goals and provided two assists, just as he did in his first season with the Red Devils in the Premier League.

However, this season, despite missing the beginning of the season, he only managed to score four goals in the league. He spent most of his time on the bench. Only 13 of this season’s Premier League matches saw him start. Interim manager Ralf Rangnick opted to play Anthony Elanga ahead of him in the starting lineup more often.

Following the appointment of the German manager, Rashford saw a significant reduction in the amount of playing time he received. This led to rumours that he was evaluating his future with Manchester United. Arsenal and West Ham United were also mentioned in connection with a possible transfer for the player. Tottenham, who were also interested in the Englishman. They had even made an offer for him.

What’s next for Rashford?

However, all of those rumours have been put to rest at this point. Rashford might have a bright future at Manchester United under new manager Erik ten Hag, who is eager to keep hold of the young player. After a disappointing season in 2021/22, the academy graduate, who is now 24 years old, is also determined to remain at Old Trafford and show his detractors that they are incorrect.

In addition to wanting to fill their homegrown player quota, Tottenham was interested in signing Marcus Rashford. But since Manchester United responded so quickly to their proposal, Tottenham Hotspur will have to seek other directions to fulfill their needs.

The team managed by Antonio Conte is aggressively searching for reinforcements to add in a variety of positions. In preparation for the next season, Tottenham has already finalized the signing of two players. Ivan Perisic, formerly of Inter Milan, and Fraser Forster, formerly of Southampton, have both signed non-contract free-agent deals to join the club. Spurs are also being widely connected with Inter’s Alessandro Bastoni. He played under Antonio Conte for the Nerazzurri during their season in which they won the Serie A championship in 2020/21.