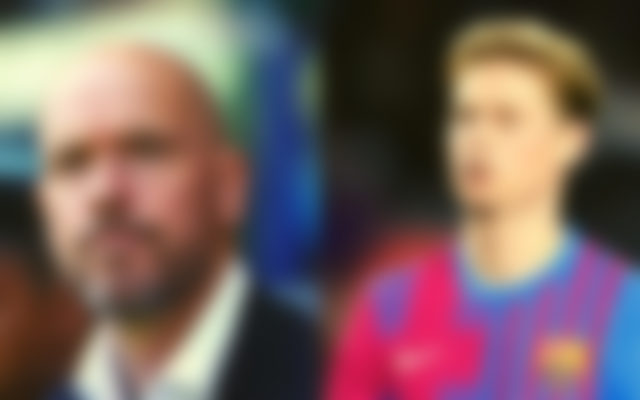 According to reports, Manchester United has made an opening offer for Frenkie de Jong, a midfielder now playing for Barcelona. The overall value of the offer is estimated to be about €80 million

An initial offer of €60 million + €20 million in variables has reportedly been made by Manchester United to acquire the services of Barcelona midfielder Frenkie de Jong during the summer transfer window. This information comes from MARCA.

The precarious financial position of Barcelona has cast significant doubt on De Jong’s ability to continue playing for the club. Even though the player, who is 25 years old, does not want to leave Camp Nou, the Catalans are contemplating selling the player to produce revenue. And it seems that Manchester United is the club that has shown the greatest interest in signing the Dutch international player.

Manchester United has made an official offer for Frenkie De Jong

As a result of Paul Pogba and Nemanja Matic’s impending departure from Old Trafford, Manchester United is mulling over whether or not to make changes to their midfield. Because the new manager, Erik ten Hag, had previous experience with de Jong at AFC Ajax, where he was able to get the best performance out of him, he has made de Jong his top focus.

Since quite some time ago, Manchester United and Barcelona have been discussing the possibility of a transfer involving the Dutch midfielder. In addition, the Red Devils are feeling more and more positive about their chances of reaching a deal with the financially struggling Catalan powerhouse. According to the source, Manchester United has now presented an official bid that has the potential to exceed €80 million.

De Jong himself is not interested in going to Old Trafford. The Netherlands players will want to compete in the UEFA Champions League next season. But the Red Devils are unable to provide that opportunity for him. The presence of Ten Hag, on the other hand, may sway the midfielder to make the move to Manchester from Catalonia.

According to the story, the 52-year-old has been maintaining consistent communication with de Jong and is making strenuous efforts to persuade him to relocate to England. Ten Hag has indicated to the midfielder that he will play a pivotal part in the project that he is working on and aims to construct with the rest of the squad around him.

The proposition made by Manchester United has been given careful consideration by Barcelona. The Catalan club is considering whether or not to accept it. If they did, they would be able to remove the midfielder’s salaries from their salary bill and make significant sums from the sale of the player. In the next few days, it will be important to determine whether or not there is any movement toward success in the discussions.